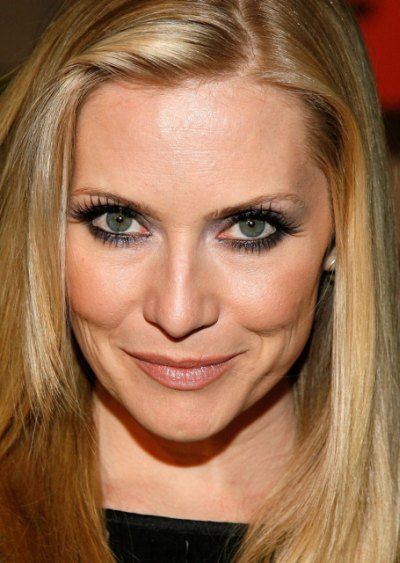 A woman like Emily Procter knows what she wants. Sultry, seductive and self-assured, she wants it all and is getting it, too: career success, happiness—the whole nine yards. That’s why Procter’s success, as the most watched female television star in the world with her role on the hit television series CSI: Miami is no surprise to Hollywood insiders. Here, in an exclusive toBrilliant, she bares all, as well as some of the prettiest clothes of the season, too.

The world welcomes her into their homes every week, where she’s a crime-solver with an attitude. But in real life, Emily Procter, with her sweet, Southern charm, is as bubbly as a glass of good, vintage Veuve. Her drawl is as beguiling as her allure and while Helen of Troy may have captured a fleet of Greek ships with her beauty, Emily Procter is capturing hearts of fans across the world in one of the most viewed television series across the globe. Both Procter and her onscreen character, detective Calleigh Duquesne, are blondes with ambition. “Before I did episodic drama, I would have said the most challenging aspect of acting is the lack of change. Now, it’s my favorite aspect and so challenging in a good way,” says Procter about her current success.

CSI: Miami hit at just the right time five seasons ago. It’s well-written, has cool special effects and intriguing story lines that struck a chord with viewers peering into the lives of the show’s detectives. Maybe that’s why so many people feel like they know Emily Procter. Before the show, she was a familiar face on both small and large screens, but craved a change. She left her role as an associate White House counsel on the NBC hit, West Wing, where she created what might be considered a cult following. When asked about the difference of the shows, she reveals, “It is like night and day. My character Ainsley required so much fast and furious, get-it-done-now preparation because she had to process the facts with frenetic energy and intensity. Going from being a fan of the show to being in the middle of it, especially with the show already immersed in the culture, was like being invited to play on a team that was so far outside of my league.” She modestly recounts, “While shooting my first scene, we broke to congratulate the team on the latest Emmy nomination, so you can imagine how that felt joining the cast.��� When asked about her show’s co-stars, she muses, “Rob Lowe is one of the best and underrated flirts. If it was 1940, he would have been an even bigger star. Martin [Sheen] is incredibly talented and Allison Janey is a force of nature. It was a fierce show to be a part of.” 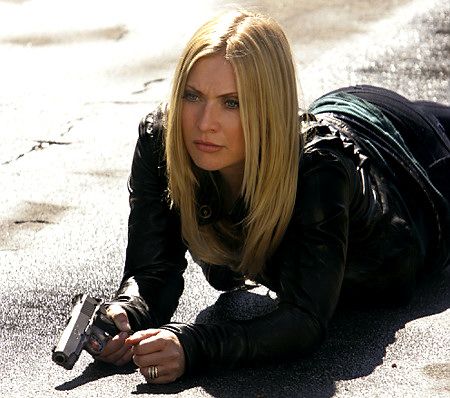 Perhaps contributing most to Procter’s success is that she is considered to be something different and fresh—a southern woman who knows how to get things done, not the stereotypical southern woman who is parodied and takes a backseat to life. She’s smart and able and the producers of CSI: Miami saw that her spark could become a flame to ignite the success of a new television series franchise that includes CSI: Crime Scene Investigation and CSI: NY. Her character does not reflect the usual cop persona and its development came from the fact that she did not choose the typical, southern well-bred path of marrying the guy from the country club and filling her days with strictly social commitments. Her character shows strength and determination, especially when she is shaking down a criminal. That’s another part of her appeal: tough girl, stunning exterior.

Adam Rodriguez, her co-star on the show has said, “‘When Emily wants something, she can really turn it on. The accent gets a little thicker and she bats her eyes.” And Rodriguez is not the only fan. CSI: Miami’s producer, Sunil Nayer, sums up Procter’s talents, asserting “‘She is, quite simply, the kind of person everyone in this industry hopes to work with. As an actress she is talented, professional, fearless, funny and, above all, genuine. As a person she is all of those things and more—collaborative without ego, interested in both your life and the world around her. And, she is filled with such a warmth that it comes as no surprise that she's still friends with everyone she went to high school with.”

Born and raised in Raleigh, North Carolina, Procter insists she did not grow up watching television. “Pop cultural references go right over my head,” she admits. Reading mystery novels likely helped her childhood preparation for her current role of a lifetime. “I hadn’t seen anything like the CSI-type shows before. My parents were more tactile people. We picked strawberries and had a farm with horses,” she reminisces. From the farm to the city, Procter began her career as a television weather anchor. She went to college, then acting school—like thousands do—with the odds not at all in favor of overnight success.

Insiders agree that every overnight success takes about ten years and that seems to be Procter’s timeline of fame, too. She was first noticed in the 1995 Oscar-winning heavyweight, Leaving Las Vegas, where she starred alongside Nicholas Cage. The world got another, glamorous look at Procter in the 1996 film, Jerry McGuire, where she acted alongside megawatt star, Tom Cruise. She muses, “My experience with Tom is that he reflects what people talk about with fame and the Itfactor. Very few people walk into a room and are as shiny an object as he is. It’s astounding.” From there, her career soared.

In her first starring role, in the 1997 HBO film, Breast Men, her character was the first recipient of breast implants, based on the true story of Houston plastic surgeons, set in the 1970s. When asked about her research into the world of Texas women who started what can be considered, to say the least, an international enhancement trend, she says, “In the making of it, people who had cosmetic surgery were interviewed about their experiences. But really, it was a movie about the relationships women have with themselves and how they want the world to view them.”

Along with myriad guest-starring roles in sitcoms and television dramas, the millennium found Procter viewed on two smash hits. “I’m always amazed when they pay me to do this,” she enthuses. “I don’t know that any actor ever gets over the fact that the script arrives and we are still in it. I’ve been in bad working environments and am thankful to know what that feels like, which is why CSI is such a great experience,” she confides. Of her current working environment, Procter explains, “CSI’s set has a grass roots element, based in a genuine feeling for each other. There’s a real enjoyment and that goes beyond the actors. In fact, I think there should be a crew reality show, because the men and women behind our shows are so bad ass.” She adds, “Our show is about the relationships and all of us have ended up being on a very nice level with each other. It isn’t terrible to have people cheer you on.” When asked about the usual set hijinks that inevitably happen, she says, “Our humor is pretty tongue in cheek and every guest says, ‘I wish I could come back because I laughed so much.’”

Another relationship Procter has firmly in place is with her own sense of style. She admits, “I resisted the stylist for a long time because one of the greatest things is having personal style. I miss that because you see so little of it. Now, you just see stylist’s fashion, but I make a lot of mistakes and could take it further and accessorize more. I try to be mindful of others who may be inspired by what they see and not wear anything too expensive. However, Balenciaga is my favorite.”

When it comes to giving back to the world, Procter is emphatic, “I try to spend as much time as I can on my favorite charity, the human race. It’s so important to be good to each other. If not, it becomes fear-based activity.” When it comes to making this world a better place, all signs point to Emily Procter continuing to make a difference with both her talents and her captivating personality that will surely enchant for years to come.