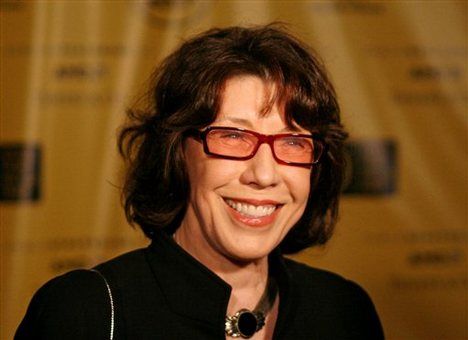 Is he the new Warhol? The new Basquiat? Whoever Fahamu Pecou is, his talent is taking the New York art world by storm. We first found Pecou after discovering his version of {Brilliant} magazine. With him on the cover. And he’s projecting himself on the cover of other hip magazines, like {Interview}, {Art Forum} and {Flaunt}. With a hint of a contemporary artist, mixed with a strong photographic eye, we think may just be the next big thing who lasts, like his artistic influences, longer than 15 minutes.

Lance Avery Morgan: {This Ain't Yo Daddy's Art}. At least that’s what it says on the cover homage you did of {Brilliant}. We love it. What was on your mind when you created this?

Fahamu Pecou: {This Ain't Yo Daddy's Art} is actually very special and unique. It's my first and only (so far) black and white painting, I was very nervous about it and although I wasn't quite sure how it would come out, I was very pleased. Sometimes phrases from the music I'm listening to in the studio or ideas I have in my mind are the influence. With this piece in particular, I am making a comment on the idea that the standards, the "rules" that have applied to visual artists, are no longer in vogue.

What sort of artistic training have you had to pursue this mix of pop culture, painting with a photographic twist?

As a visual artist, I began questioning why musicians, actors, rappers etc. all received so much attention and notoriety while visual artists existed far beneath the pop culture radar. It was then I decided to try and combine my two worlds, to be an artist with pop culture appeal. But I wanted my notoriety to be substantiated, so I take great care in creating paintings that transcend our traditional ideas of what paintings and artists and art exhibits could be. I couldn't be the artist I am today without having the experiences I have had in marketing, promotions and design.

Are you seeing things on the streets that get your artistic motor running, or what is your greatest creative inspiration?

It was the streets that sparked the whole idea behind {Fahamu Pecou is the Sh*&! }and eventually led into the NEOPOP series. I'm inspired by celebrity fanfare, marketing and promotions, hip-hop culture and VH1's {Celebreality}. All of these things make me think, and give me ideas, but most of all make me laugh.

Do you, like many great artists, have a muse?

Without a doubt, music. I can't do anything without a great soundtrack.

Let’s say you could exhibit your work in one place. The perfect place. Where would that be? Times Square, the Louvre?

There are a few, actually. But I do have a fantasy of doing an installation where I'm in every single ad, billboard in Times Square. I think that'd be hilarious. I would be in every Broadway play, every product ad. I think it would be a great installation and a great comment on celebrity and endorsements.

A lot of your work depicts what’s happening this very second to the African American, and every other American, for that matter: hip hop, bling, money, success, The American Dream. What’s driving you with the work you are now creating?

I think everyone fantasizes about being popular, successful and famous. But how it is decided, who controls whom or what is successful in achieving status and notoriety, is the impetus for creating the work. Fame and celebrity are premeditated realities. A system exists which feeds consumers on what to buy, where to shop, what to wear and who to fawn over. It’s an interesting psychological experiment in which we are all subjects. I want to use the machine to propagate my own ideas and aspirations, while simultaneously inviting the masses to re-think the way we think about popular culture.

Is fame fleeting, like Warhol said, or do you think you’ll be as cool and popular 30 years from now?

I think people with real talent and with something really important to say or share with the world will always exist in the spotlight because they recognize the subtleties of change and are able to adapt accordingly. I think fame is substantiated by talent. Popularity is just good promotion.

What does fame actually mean to you?

As a child, I read encyclopedias. Cover to cover. I just thought they were fascinating, especially the biographies of great historical figures. So since that time, I always fantasized about one day being in an encyclopedia. Well, today, encyclopedias are relics... but the sentiment of becoming an historical icon still resonates in me. Fame for me would be to have my name thrown in the mix with the great artists of history It would sound something like: Michelangelo, Da Vinci, Van Gogh, Picasso, Warhol ...Pecou

Any advice for those seeking fame?

This phrase, a quote from artist Constantin Brancusi, which has become my mantra is what I offer as advice for anyone seeking fame: “Create like a god. Command like a king. Work like a slave.”

OK, project that your fame gets a likeness of you installed into Madame Tussaud’s wax museum. In between what two famous people would you want to be placed?

Warhol and Basquiat... what could be more fitting?