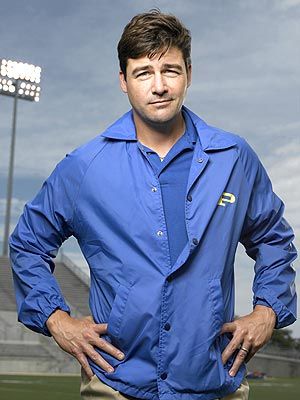 Kyle Chandler is loving life. With a successful show, gorgeous wife, two great kids, and now, building a life in Austin, this megawatt star is on top in one of the most difficult industries. In an exclusive to us, Chandler shows how he’s playing it smart, giving back, and becoming an actor.

There’s a phrase we have here in Texas, as well as many other places, that just may be the best compliment to receive: being called good people—as in “he’s good people.” Ladies and gentlemen, Kyle Chandler is indeed good people. The phrase is one that Chandler often heard growing up on the family farm in Loganville, Georgia, too, spoken by his parents, who taught him the value of working hard and, yes, becoming good people. With those philosophies in mind, 43-year-old Chandler approaches his starring role as a TV football coach Eric Taylor with gusto, much like he approaches life.

This writer first met Chandler almost 20 years ago through mutual friends while we were both living and working in Los Angeles. He was starring in the ABC series Homefront, playing an athlete with a heart of gold in post-World War II America. He later starred in the Broadway play Picnic alongside Ashley Judd, about which he still rolls his eyes whenever it’s mentioned in conversation, as it was panned by critics at the time. Even then Chandler stood apart from the crowd in Hollywood from day one and still does. “Kyle arrived on the set the first day of shooting of Homefront and was instantly the in-house Homefront hottie—a title he carried for the duration of the series,” recalls Katy Brewer Copley, then an executive assistant to the show’s creators and executive producers. “He had a great onscreen presence and was equally charming offscreen. Of all the folks in Hollywood that I brushed shoulders with, Kyle had to be one of the nicest and most humble actors that I ever had the pleasure of working with. I fondly recall Kyle singing karaoke one night after we wrapped—now that was pure, raw talent.” 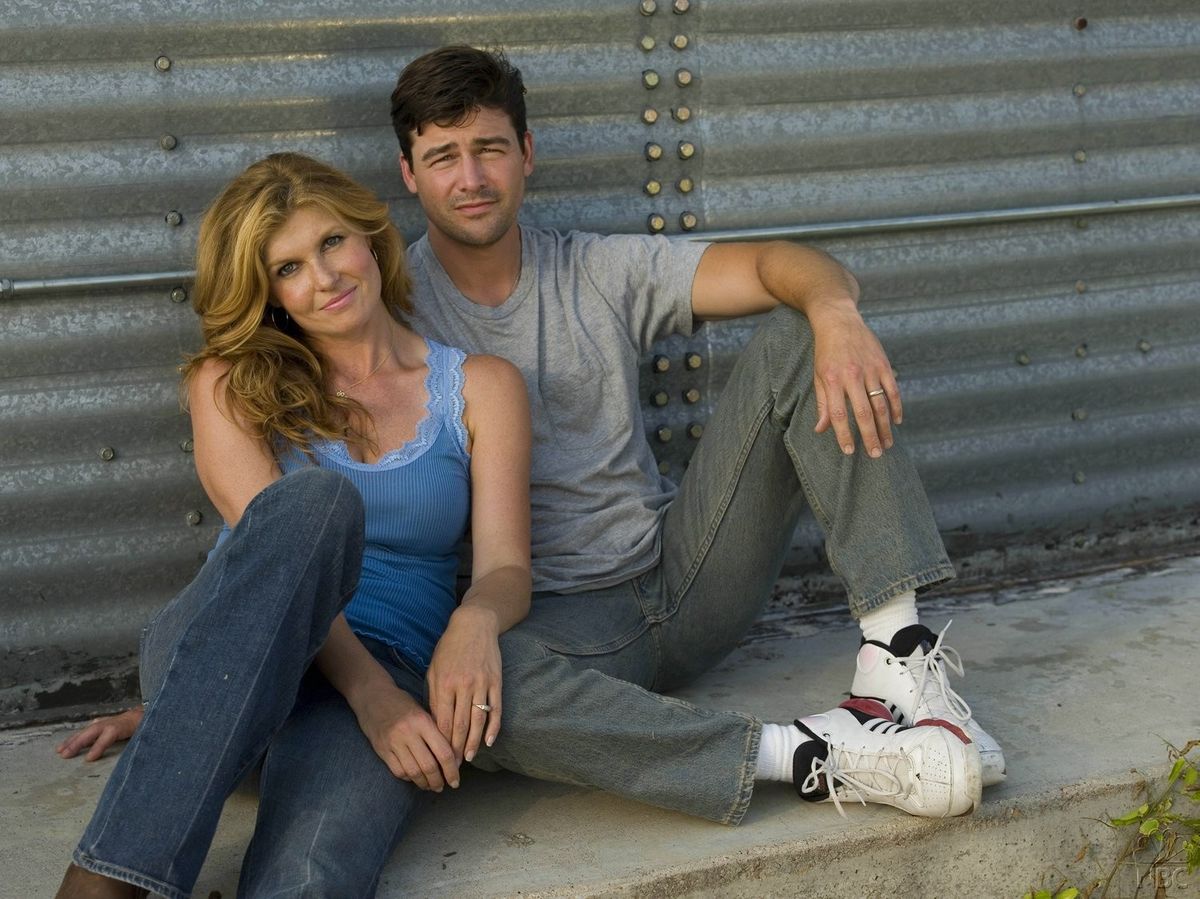 Chandler is still a powerful presence in any room today, as I witnessed when he sauntered into Jeffrey’s restaurant in Austin. Every head in the room turned when he made any move. Based on his height and affable charm, he recalls a young Rock Hudson from the film 1956 film Giant, one of the most iconic movies ever made about Texas. Real, earthy, and full of good intention—that is Kyle Chandler.

That good intention has also significantly helped the Beyond the Lights Foundation, to which Chandler is attached, with a golf tournament, gala, and ongoing efforts benefiting the Gridiron Heroes, a foundation that assists individuals who sustain a catastrophic spinal cord injury associated with high school football. The foundation also helps the Buoniconti Fund to Cure Paralysis, a part of The Miami Project. “It was an obvious thing to do for Friday Night Lights due to one of the characters, Jason Street, played by Scott Porter, being paralyzed,” Chandler explains. To Chandler, giving back is a natural instinct. “I stay pretty much under the radar. I’m in a very nice place, and I like being able to take what I’ve got now and do things like the tournament.”

With his support, the cause also drew in more big names; the honorary chair of the latest gold tournament was Peter Berg, who recently directed Hancock and is the creator and executive producer of both the FNL TV show and film. Brad Leland, an FNL cast mate who plays Buddy Garrity, the local car dealer, also co-chaired the event. “Our name Beyond the Lights says it best,” he enthuses. “Beyond our show and beyond ourselves are thousands of paralyzed families. I say families because everyone is dramatically affected when one member is paralyzed. Cutting edge stem cell research is changing those lives. Our little golf tournament idea is growing beyond our wildest dreams.”

Such charity is the karma given and received by good people. Chandler’s story is similar to many other actors of another era—small town boy does good. Born in Buffalo, New York, and raised in Georgia farmland, Chandler made his move to Los Angeles after a talent scout spotted him. Catching an acting break is never easy and Chandler’s did not immediately reap the rewards of his West Coast pilgrimage. For the first 18 months in Tinseltown while attending acting classes with Milton Katselas, he worked at the Museum of Natural History. “I poured beer and sold souvenirs,” he recalls. Chandler eventually he hit the jackpot with several successful shows such as Homefront and Early Edition, both of which ran on ABC for several seasons. He fit right in with the boldface names, co-starring in The Lyon’s Den with Rob Lowe and What About Joan with Joan Cusack. “I’ve been proud of a good 80 percent of what I’ve done, so I think I’ll take that and run with it,” he muses modestly. 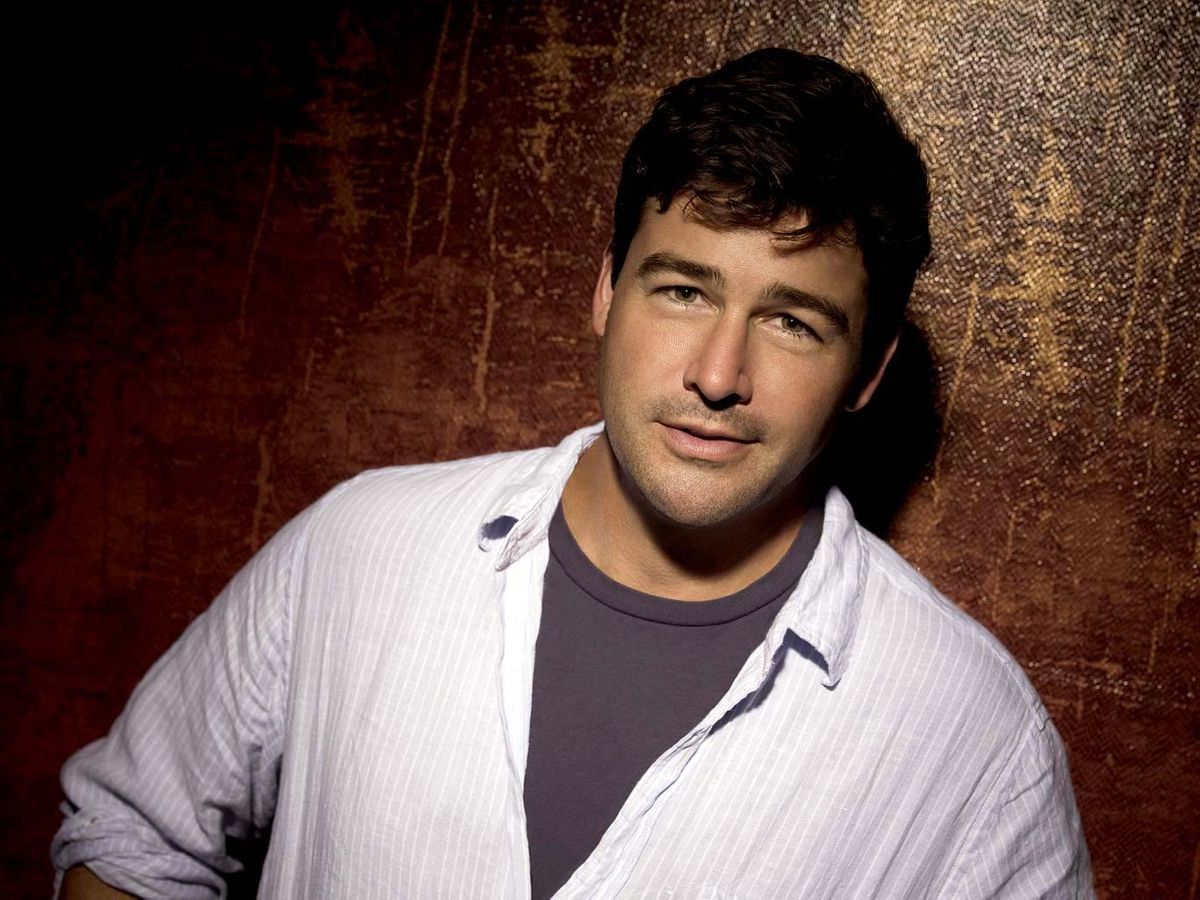 Chandler also graced the big screen in King Kong and The Day the Earth Stood Still. When director Peter Berg originally met him, he offered him a role in a television series based on his hit film, Friday Night Lights. The two forged quite the working friendship as Chandler then landed a part in The Kingdom, also directed by Berg.

The television series Friday Night Lights centers around a small town with big values, both in football and in life. After he garnered critical success for his Emmy-nominated role on Grey’s Anatomy, the character of Coach Taylor seemed tailor-made for Chandler: deep, thoughtful, and trustworthy. When he got the part, it became clear right away that he was the best man for the job. “Working with Kyle on FNL is wonderful in many ways,” co-star Janine Turner asserts. “A) He is simply yummy to look at—I joke that he looks like the boy who was my high school crush! B) He is a first rate and committed actor. His Texas accent is perfect. And C) He is a good person with a great heart."

Playing a role model in a time when positive images are becoming more difficult to find on television isn’t easy. “The character is a lot more stable and fearless than myself,” Chandler confides. “That’s one of the reasons I love acting, because I get to be who I’m not. There’s a lot of my life in that role, even though this is the first time I’ve ever played a married character and father in detail. So it’s sort of like a chest of tools; it’s building up.” He indeed brings a lot of himself to this role. “I’ve been in a marriage for 13 years and I’ve never expressed on film how to deal with children and all the struggle. It’s a great relief and it’s exciting.” Aimee Teegarden, who plays Chandler’s daughter Julie on the show, recognized his authenticity right away. “The family dynamic on the set is not staged,” she explains. “Kyle is really someone you can believe in.”

The marriage he portrays with TV show wife Connie Britton is one of the most genuine on television. “A lot of that comes from the writing,” Chandler accounts for the chemistry. “It comes from the process and it comes from the trust with the actors. Sometimes, I can’t express to you how things are born out of the scenes that we do, but you know when it’s right.” Another unique aspect of FNL is the nature of the structure and drama. Watching the show almost feels like having a front row seat to a play, where the audience seems to be engaged in that fourth wall of acting. “When you get to run with that as an actor as opposed to having to guide yourself back down the path of how it’s designed to go, you’ve created something brand new and it goes moment to moment on the film,” he explains. “It’s true theater.”

The show also exposes the intricacies of playing a coach, a formidable role in an athlete’s life, which Chandler values immensely. “One of the coaches in town gave me the key, I think, to my character when he said, ‘A good coach has to love the players.’ As soon as I heard that, I really didn’t need anymore because that was the first part. Then [I] just had to determine what kind of teacher the coach would be. That occurred organically as the show progressed.”

In fact, much of the affection that comes through the show and its actors is genuine. “There are a few different reasons for me having a passion for the show,” Chandler says. “One of them is the process: it starts with the people, all the way down to the producers, the writers, and the actors. And say nothing of my love and admiration for the creator Peter Berg—that’s a whole other story. The other thing is this town; it’s one of the main characters as are the people in this town.” He is referring to working in Austin. “Having done the show here, one of the first things people did say after it aired was, ‘Thanks for representing people in the South with respect.’ That was the first idea that we were doing something really right,” Chandler explains.

Chandler and his wife Kathryn, whom he met at a dog park in Los Angeles, have both enjoyed working in Austin. “Every time we come to Austin, we fall a little more in love,” Kathyrn shares. “This city can do that to you.” They’ve grown so fond of the area that they have bought land west of the city to build a dream home and immerse themselves in the Hill Country. The Chandlers have two daughters, Sydney and Sawyer, who will be transitioning from Los Angeles to the Texas lifestyle when the show enters its fourth season.

“Hey, you don’t often get second chances in life and I enjoy playing [Eric] because he’s such a strong character and he’s got his idea of right and wrong—his moral compass,” he offers. “I like when he screws up and when he makes mistakes. I enjoy his humanity.” Beyond his good intentions, charitable ways, and family man persona, Chandler’s acceptance of flaws and the gritty part of life makes him real, good people and a real good actor.