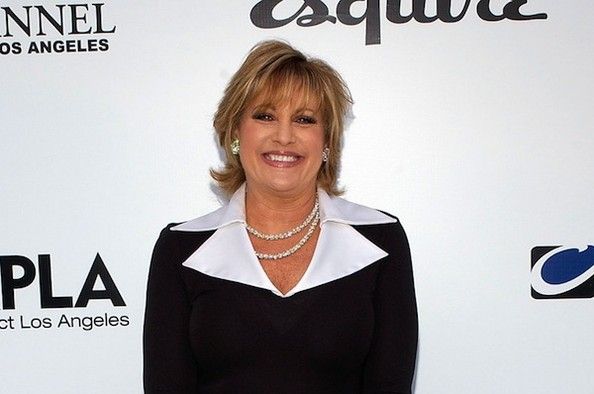 Imagine you’re the daughter of movie star Judy Garland and that your father is legendary film producer Sid Luft. Having show business in the blood would be an understatement. From the time Lorna Luft sang with her mother at the Palace Theater to impressive concert performances, acclaim on Broadway, and in television, Lorna proves again and again that she’s a stellar entertainer and humanitarian, proudly carrying the torch of her family’s legendary show business legacy. These days Luft is still a force to be reckoned with. She’s a much sought after performer and was recently the guest talent at the Human Rights Campaign fun dinner in Austin. She also executive produced the Emmy-award winning television film about her famous family, Me & My Shadows. Here, we get up close and personal with this dynamic woman on her career and how Judy Garland still affects her today.

Lance Avery Morgan: Roger Edens, MGM’s famed music supervisor during the Golden Age of Hollywood was known to have said, “Of the three, Lorna is the one that inherited Judy's musical talent". What an honor.

Lorna Luft: Really? I didn’t know that. I know he said something similar, but not that. He was such a dear to my mom.

LAM: You’ve really performed almost all of your life, tell me about your experience with that.

LL: The hardest thing to do is concert work because you have no one to hide behind. You can’t come off a stage and if you don’t feel you’ve done a great job…you can’t say, ‘I didn’t write it, don’t look at me.’ In the theater you get to hide behind a character and that is much easier. I admire people who do nightclubs and concert work because there is nothing there and you are just stripped down to yourself. It took me years and it’s frightening if you don’t know how to speak with an audience. It really is an art.

LAM: You always do a great job performing. What entertainers do you like these days?

LL: I love Christina Aguilera and Jennifer Hudson. They really sing well but the last person that really inspired me was Whitney Houston. I listen to a lot of stuff, but nothing that my 16 year old daughter listens to.

LAM: Do you ever get stage fright?

LL: Yes, still to this day. I was absolutely terrified when I did White Christmas in England. The story is based on the film, but we only had three weeks to practice. On the opening night Irving Berlin’s daughter came to see the show, so you can imagine how I felt. 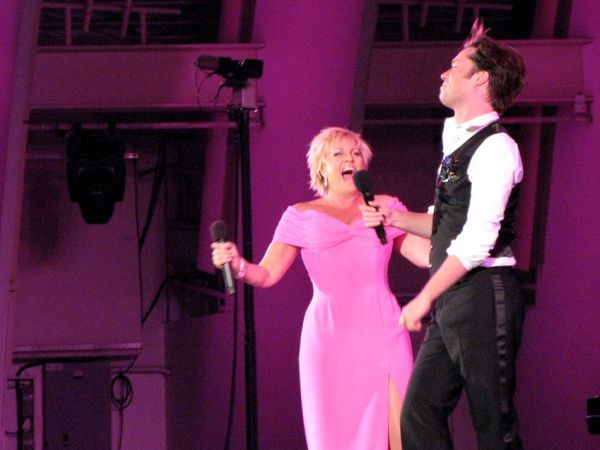 LAM: Speaking of England, you’ve performed in world class venues… The London Palladium, Carnegie Hall. That had to be a blast.

LL: You always have to respect the venue. My favorite theater is London Palladium because it was built so brilliantly. It is over 2,000 seats but on the stage it feels like someone’s living room and I think it is the only theater in the world that feels that way. I think it is really the design - the structure of the London Palladium is amazing.

LAM: I loved - and recently re-screened the movie about your family’s life, based on the book of your growing up, Me & My Shadows. Was that a great experience to write and also produce?

LL: It was one of the hardest experiences I ever had. It was horrible getting it made to be quite honest! We knew that we had to make a movie that was not a movie for television. We had to do something not only for my mom’s memory but that if we did this right no one else was ever going to make a movie like this about her. Tammy Blanchard was really wonderful as the young Judy Garland. We discovered her on June 10th, my mother’s birthday, and then she came on the set and ended up being extraordinary. Of course, Judy Davis is amazing as well.

LAM: In the movie, you said at the end, that your mother told you, ‘Everyone’s show must go and it’s up to us to make it a good one.’ There’s a lot of strength in that message—tell me about how you create strength in your life.

LL: What she said was so true. So many young starlets whine and say they are victims of the media and the business. I say, you are an adult and adults are not victims. They put themselves in those situations and they are creating their destiny.

LAM: So true, celebrities do have a say in their own branding. So, what’s next for Lorna Luft?

LL: I’m actually starting a new project, Babes in Arms, and Martin Conner is directing the show and Bill Dima is choreographing it. England you know is my second home and I love the fact that when you get outside of London it is a slower pace. I can’t wait for what’s next.