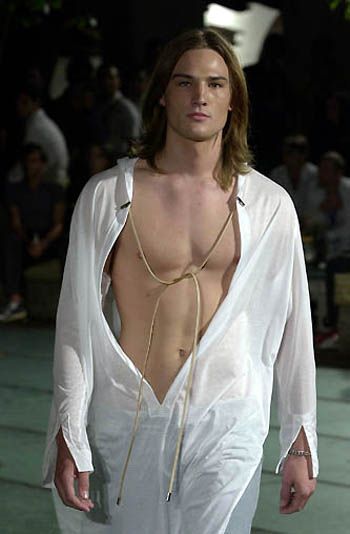 You’d think being discovered by Gucci…and being a top male model would be cool. Ok, it actually is, and here model-turned-actor Lucas Babin tells us about playing a cowboy in South America, being crowned Woodville Dogwood King, and why women should be more like well, Gisele Bundchen.

Sometimes a guy gets a lucky break. Sometimes that break comes in the form of landing in New York, Milan and Paris as the new “It Boy” model of the fashion world. It happened to this nice guy from east Texas and just like in the movies, it completely changed his life. From model to actor, Lucas Babin can now be seen in the biggest television hit South America has seen in decades, America. Here we get an inside look into Babin’s world and find that good looks can come dished up with a side of humor.

Lance Avery Morgan: Tell me about growing up in Woodville, Texas.

Lucas Babin: There was a Wal Mart and two stop lights. It was a kid's paradise with its woods, creeks, little league, and riding my bike all over town.

LAM: I understand you were crowned Woodville Dogwood King one year. What was that like?

LB: The queen was crowned. I was just the escort. It was indescribably breathtaking. 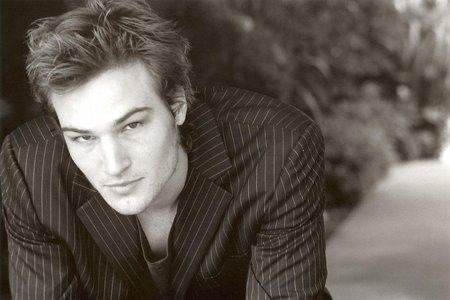 LAM: You skyrocketed to fame very quickly as a model for Gucci. Was the change of lifestyle a huge shock?

LB: Yes, because high fashion in Woodville was ironing blue jeans. And because it wasn't the life of luxury I had anticipated.

LAM: Your show "America" is hugely popular in South America, I hear. Do you get mobbed in the street by your fans?

LAM: Does it ever strike you as a little crazy that you're from Texas and now you're playing a cowboy character in Brazil?

LB: Yes. I'm laughing my butt off right now about how ironic it is.

LAM: How's the dating scene down there? Do Brazilian women all look like Gisele Bundchen?

LB: It's much different than in the states. Most of the girls live with their parents into their late twenties. And no, they don't all look like Gisele. I hate to destroy the myth, but my impression is that the most beautiful Brazilian women live in New York.

LAM: You seem to change your look for different ad campaigns and onscreen. Which look or role do you enjoy most?

LB: Just being myself.

LAM: How has it been learning Portuguese for your series?

LAM: Did your years as a model affect the way you dress? Has your style been influenced by fashion in Brazil?

LB: Not so much. But over the years I've absorbed an unnatural amount of information about the fashion industry...for a guy from Woodville. I know who Andre Leon Talley is, for example.

LAM: That’s cool. Andre Leon Talley at Vogue is everybody’s style hero. Have you found any similarities between Brazil and the Lone Star State? And what do you miss about Texas?

LB: There are lots of similarities. Barbeque, rodeos, country music. I've lived in a lot of exciting places, but I still miss Texas. There's no place like home.