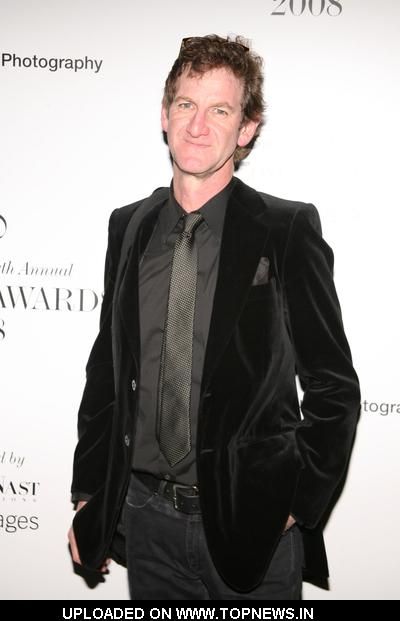 magine this. You have the biggest celebrities on the planet come to your studio so you can photograph them the way youwant. No art directors, no publicists anywhere around. Sound like an artistic dream? Dreams come true if you’re Mark Seliger, Amarillo-born and Houston-raised photographer-to-the-stars with his book, In My Stairwell. Here, in an exclusive to us, we go behind the lens to see celebrities through Seliger’s eyes.

He’s almost become a legend in his own time. Mark Seliger has photographed over one hundred Rolling Stone covers, has contributed regularly to the covers of GQ and Vogue as well as shooting editorial for Vogue Hommes, Interview and British Elle. And has the career cache’ to make time and do things that move his soul, like this book. “Mark’s exhibit and book, In My Stairwell, has superstar power,” says Kelly Fielding of the Fielding-Lecht Gallery in Austin, who, along with Melissa Ladd and Suzanne Lecht, brought the show to Texas. “What we didn’t realize until we started hanging the show was that Mark works with a great stillness and sense of place, forcing your attention to the motion of the subject. Even the slightest movements in the subject’s hands or facial expressions are evident in this work. That type of image, along with the depth and warmth of platinum/palladium print-making, creates something quite special,” Fielding continues.

Motion really does drive the work in Seliger’s exhibit and book. That’s pretty obvious. But it’s his selection of subjects and how they present themselves in the photographs… to name a few, faces as familiar as Mary Louise Parker, Susan Sarandon, Tony Bennett, and Mikhail Baryshnikov, and faces that may not be as familiar such as performance artist Matthew Barney, pop artist Jeff Koons, skater Tony Hawke and photographer Peter Beard. But that’s Seliger’s point. His subject is the main thing, famous or just plain infamous. ”The Stairwell project was an opportunity for me to create a collection of portraits of artists, ranging from peripheral to mainstream, to make a record of our times,” says Seliger. “The Stairwell environment became the common denominator that related the subjects to one another, which they could either make into a personal space for themselves or use it as a background simply to be documented."

Lance Avery Morgan: Mark, this is a remarkable exhibit that really brings the book to life…congratulations. The first thing it reminded me of was how Irving Penn shot his subjects in a vortex corner for Vogue in the 1950s.

Mark Seliger: I got this notion after photographing David Bowie, Julia Roberts, and Paul McCartney that, well, wouldn’t it be great if I did it in the fashion of the photographers that I admired? Like when Richard Avedon would deconstruct in terms of what their environments were. The background, in this case, the stairwell, just became a canvas where people could use it as a stage… or either had to confront themselves. The stairwell is more theatrical than just a white background so it can become anything. 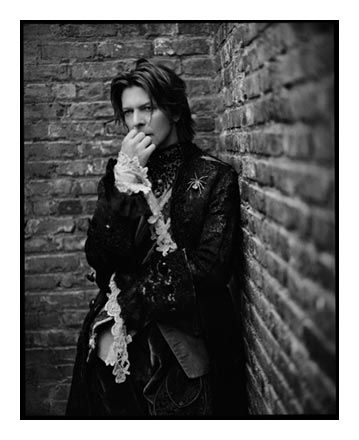 LAM: It is a unique space, a former elevator shaft that you’ve made into a mini platform for artistry. With the same environment used constantly, how did you get your talent to perform the way they did? Did you help guide that?

MS: My initial communication with people was to bring them into the space and give them some parameters which I think is so important for print photographers. It was a great exercise of observation even though there wasn’t a lot of direction. Sometimes in a short amount of time, even 15 minutes, people would be done. Giorgio Armani only needed 15 minutes. Matthew Barney, was a different story. He is one of the great modern day artists and we collaborated with him to take one of his main characters and split it down the middle and reveal half of him and half of the character. He loved the idea and suggested, ‘why don’t I hang myself upside down on this ladder?’ I think that working within that space I became used to it and see to how different people react to this space and how they utilized it.

LAM: You’ve shot almost everyone in your career. Is there anyone you wanted to shoot in your stairwell that you didn’t?

MS: I thought that with the book it was the perfect amount of celebrity and integrity. I didn’t intend for it to be about celebrity. I wanted mainstream and peripheral to meet in a common place. I thought that the actors who are in the book are very dedicated artists and I felt like the coincidence of them being in the stairwell was gratuitous. I wanted to photograph people I did not know, that I respected, people that have made a difference in so many ways. What’s great about the book is kind of like it is the encyclopedia of that world and the biographies are so great because they give you a little insight about each person.

LAM: Is there anyone you would have envisioned differently than how it actually transpired?

MS: That is my greatest demon as a photographer thinking ‘Oh, I wish they could have done that.’ But letting go is what it really is all about. With these portraits we took chances because there is no light in there and we were really trying to utilize the tools to capture the moment of performance.

LAM: You’re very altruistic with this work. The proceeds benefit The Brooklyn Academy of Music, right?

MS: The academy and I have set up all the proceeds to go to their development and it’s great since anytime we sell books or posters they reap the benefits of that. The most important thing about the book is that we are exposing people to artists that they would otherwise not have been exposed to. I have a great love for theater and dance and it helps me to generate a lot of ideas and find an escape into myself. It takes the pressure out and lets me come back to a more creative place.

LAM: Speaking of escape, some people you photographed who escaped from their clothes… you shot them in the nude. Tell me about that.

MS: The nudes were few and far between and it was more in terms the appreciation of a form, because it was not gratuitous. We tried to focus on the body becoming a superhero. I wasn’t sure how it was going to be perceived. Heidi Klum, whom we photographed from the back, looked sort of like an X-Ray - the antithesis of classic nude. It was about the architecture of a skeleton and flesh. The texture and quality from the platinum palladium printing gave it dimension. Nude photography is so pleasing in black and white; it really transcends into form, in a way in which you are not used to seeing it.

LAM: Mark, you’ve captured so many people in new ways with this book and exhibit. And I know it will also be shown in France, Belgium and Spain. We look forward to having you back to Texas soon.

MS: Thanks and you know, I like to think Austin is the Paris of Texas. Texas has a very deep commitment to art, as much as any city outside New York or Los Angeles, and there is a connection about being from Texas that you always want to come back.