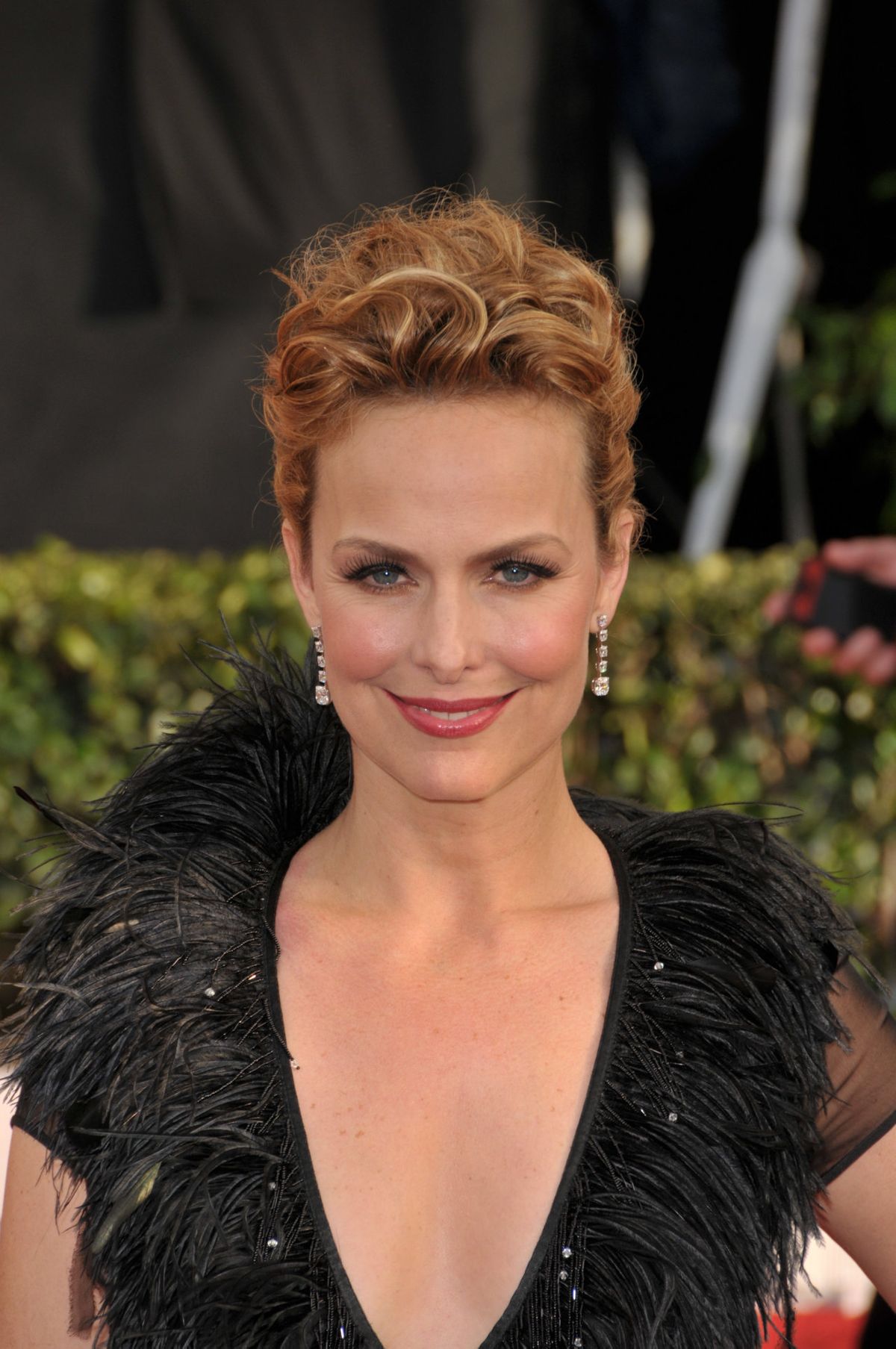 Being on the number one hit sitcom of the decade, NBC’s The Office, and this spring’s hit film, 27 Dresses, has its privileges. Increased fame, higher visibility and a sense of place in the entertainment world. Yet for Houston-born, Emmy-winning actress Melora Hardin, it hasn’t gone to her head. She remains as centered as ever, tucked away in her chic Los Angeles home, being thankful of her success and the fact that when she was a child actor on Little House on the Prairie in the 1970s, she knew all this would happen anyway. Here, she gives Brilliant the scoop on Southern women as steel magnolias, performing live and why family matters most.

Lance Avery Morgan: I hear you are a blast to work with and you’ve been a working actor for a long time. Lots of series work. Many pilots. How did it feel to win two Emmy’s for your work in The Office?

Melora Hardin: It’s amazing. I could feel something special about the show when we were shooting the pilot. But, you know, other pilots have felt special, too. I hadn’t seen the British version, but I watched it after we shot the pilot. I’d seen Ricky Gervais win his Golden Globe for it. Mostly, I wanted to do my own thing and not copy the original success.

The Office shoots without the fourth wall where we, the audience, feel engaged in the action. What do you enjoy most about being a character on a mock-umentary?

It’s fun because the camera is used as a character. Like in a documentary, you assume the documentary crew is there. For the audience, you can almost feel how they feel about those people they are filming. Plus, breaking that fourth wall is how we keep it real. What happens in The Office happens in every office.

You play a boss in both The Office and the recent film hit, 27 Dresses. Any similarities between you and these boss characters? 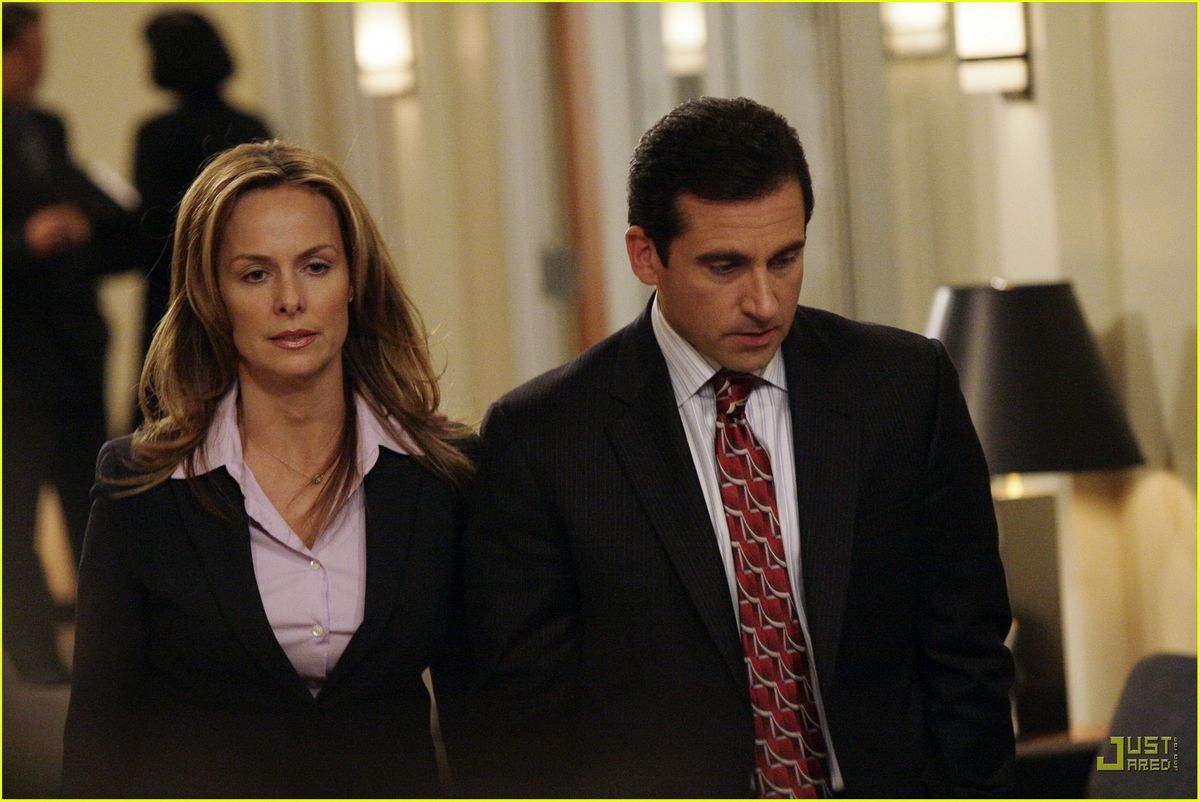 You know, I always feel as actors we bring ourselves to characters – there’s a tiny bit of me in these characters. As a kid, we’d do plays on the block and I loved being in charge and directing everyone. They called me Bossy Boots.

Ah, life imitates art. Speaking of your early life, you spent a lot of time in Texas growing up, being born in Houston and raised in Los Angeles. Do you still have Texas ties?

I really get the whole Southern cowboy thing. And Southern women. My grandparents lived in Mesquite. They had horses and I’d ride with my grandfather, so I have very fond memories of Texas and that real farm experience during summers.

There really is something about Southern women. Why do you think that is?

It’s complex, yet I think it’s sweetness underscored with strength. Southern women get what they want at all costs. They have a real softness and femininity, yet they run the show. It has to do with that incredible breeding – I think its in their DNA.

And you, coming from Southern roots know what it’s like to be in charge. You recently made your directorial debut with the film, You. Tell us about that experience. How was it getting behind the camera?

It’s very exciting. I’d never conceived directing a family movie, but a producer once came to me and said ‘you should direct’ and it stirred up something inside me. My husband, Gil Jackson wrote its beautiful story. So, it’s inspired by family and children. Love and loss. It was an incredible experience.

Since You was written by and also starred your husband, how was it working together? That sort of thing always has its challenging moments. In the end, I always wanted to have a mate to collaborate work. Collaboration is one of the reasons I’m on this earth. I enjoy having people around me who are creative. Making a film is one of the most collaborative events you can do in life.

You saw collaboration first hand as a child actor since your parents were both involved in show business, with your father a popular character actor and your mother an acting teacher and manager. How have they guided your career?

I remember when I little, I went with my dad to drop off new pictures to his agent and I thought I wanted to do acting, too. Little did I know my parents made a secret pact that I could do ten auditions and if it didn’t work out, I could ease out of it. I got my first role from my first audition and luckily, I’ve consistently since then. For me, it has always been about the craft of acting.

And your craft also includes singing, I understand? Singing live. How do you compare singing and acting in terms of importance to you?

I’ve always sung and I’ve been writing songs all my life – produced it, worked with musicians, and always sought the music within me. I recently got cast to play the lead, Fantine in Les Miserables at Hollywood Bowl. When I saw it on Broadway while attending Sarah Lawrence college, it really moved me. So it was a dream come true performing it with a 65 piece orchestra with almost one hundred thousand people seeing it over a two day period.

The Hollywood Bowl really is one of the most magical places on the planet. When you aren’t performing live or going head-to-head with Steve Carell on The Office, I hear you can be found happily at home. Since this is our design issue, tell me about that. How did you turn a house into a home?

Mostly, I wanted to make it cozy for my husband and my two kids. We have so many eclectic pieces. You might call it Bohemian. It’s a 1928 Spanish design, yet it lends itself to family and cuddling. We love to play games and do art. We don’t have a T.V., so my kids don’t watch that. Plus, we have family dinners. We actually have dinner together and talk.

What has been your biggest splurge for your home?

We’re putting up a hedge. Sounds silly, but it’s a big deal to us. Plus, we redid the master bath. My favorite object is this amazing chandelier we got – a lavish, yellow Venetian glass for our dining room.

I love the kitchen. We love cooking, hanging out and also, we love having people over. Plus, my husband is a great cook. For us, it’s the simple things that count the most.