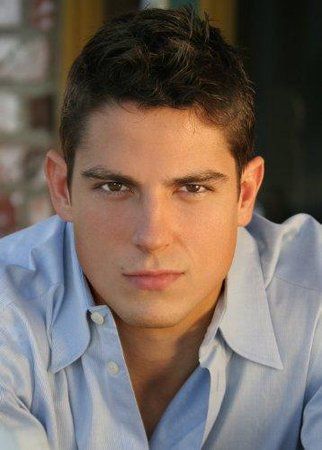 Young, single and talented. It’s good being Sean Faris these days. The star of FOX’s Reunion and the hit film, Yours, Mine & Ours, talks about what it’s like to be a star on the rise, Backstage Bettys and why women want a Southern gentlemen.

Just try keeping up with a red-hot career of a hot star. It isn’t easy. Although he’s very modest at the age of 23, Sean Faris understands what it’s like to work hard to achieve success. This year he’s starring in a network series, a studio film and stays busy helping to manage his own career. According to Hollywood lore, there are three phrases of an actor’s career. Early on one might say, Who is Tom Cruise? Then the actor’s career progresses and it becomes Get Me Tom Cruise. And in the final phase of a career, it’s, Get Me a Young Tom Cruise. At this point, Faris, who by happenchance strongly resembles Tom Cruise, is in the middle of those first two phases. People recognize him on the streets, and he’s landed some great starring roles in television and film, too.

When asked about his new fame, he states, “Gosh, I’m a simple Texas guy. I do get recognized, and it’s a little weird, but I take it for what it’s worth.” He recounted to me a recent story of how he was departing his manager’s office across from the famed Ivy restaurant in Beverly Hills. “Tom Cruise and Katie Holmes have been seen there a lot, trying to get publicity for whatever they are trying to prove. I came out onto Robertson Boulevard and there was a guy snapping photos of me with a telescopic lens as long as a shot gun. I guess from a distance, and while wearing sunglasses, I might look like Tom.”

Faris, a relative newcomer to Hollywood, was born in Houston in 1982 and raised in what he refers to as a “very hardworking family.” His parents divorced before he was a teenager and he moved to Ohio where his maternal grandmother helped raise him. “I love to go back and visit Texas,” says Faris. “I’m a city boy with country roots. I was just there visiting family in Lufkin. Sometime I plan to move back and buy a ranch. Land. I want to own land.” When I asked him about those roots and how it has affected his career, he told me, “It’s funny. We were doing some pick up lines for Reunion in the edit room and since I have to age in the role, my ‘old’ voice has much more of a Southern accent. It’s slower, so I guess that’s what it will be like when I get to that age.”

When I asked Faris about his close ties to Texas, he enthusiastically told me, “I have this cammo shirt I got last year when I went dove hunting with my dad. It means a lot to me. I wear it all the time now. I’m also going to get a straw cowboy hat. And you know, I really love Austin, with all its rock and roll. Texas is a very proud of itself. And I’m proud of that.

His FOX series Reunion, which wraps its season in March, reflects a group of friends who are seen in different stages of their intertwined lives, and Faris ages from 18 to 38 years old every week. When asked about the challenges of the role, he told me, “You know, this role has affected me the most. I play a rich kid, which I certainly did not grow up as. I really had to step out of myself. And the whole aging thing is the most challenging thing I’ve done as an actor. I love our cast. We’re really tight. It’s been a real rollercoaster ride because it’s such a high-concept show.” 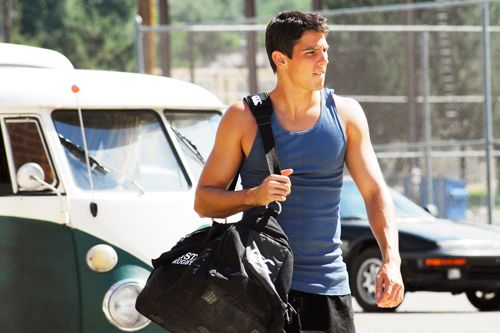 When I first got to know Faris in 2004, he was starring in the ABC series, Life As We Know It, as the teen jock who contends with girls, grades and growing up. The show, like Reunion, was placed against the formidable NBC Thursday night line-up of hits. Faris and the show garnered critical acclaim, but was it canceled due to less than spectacular ratings. That show really kicked his career into high gear, though. “Man, I couldn’t get arrested in Hollywood until I did my first film, Sleepover. And that led to TV casting people taking a chance on me. And did I learn from that? You bet. Never be in a show that airs on Thursdays.” That movie about teen sex caught the attention of casting directors in Los Angeles and Faris was on his way to stardom. Brilliant noticed his rising star early on, as did Teen People, Teen Vogue and the venerable Hollywood Reporter. When I asked about that movie’s sexy impact, he said. “Sex sells. And it’s the media that’s selling it. In the ‘60s it was selling ‘free love’ to college kids. Now it starts earlier. Kids are much more sexually active that society admits. Everyone should make their own decisions about that.”

Moving to Los Angeles four years ago, after a brief stint in modeling and indie films, Faris is now poised to make all the right moves to become a full-fledged star. Good agent? Check. Good manager? You bet. PR firm hired? Yep. Now it’s about stewarding that career correctly. In the quest of getting good projects, he’s decided to secure projects to produce with his manager. “We’re calling it Jump Ship Productions. And if you’re not on board with what we’re doing and you jump ship, well, then see what we go on to do to make something successful. I’ve got a great team, and we’re going to do some good film projects.”

His recent hit film, Yours Mine & Ours, is a remake of the Henry Fonda and Lucille Ball romp of the late 1960s about two large families joined together by a second marriage, starring fellow Texan Dennis Quaid and Rene Russo. “As a kid, I remember seeing Dennis in Innerspace, and I really liked it,” says Faris. “And it was huge for me to get to work with him as an actor.” When asked about Russo, he remarks with a huge smile, “If she wasn’t married…I’d…well, she is as sweet as she appears. In that one scene from the film in her wedding dress, I practically had to roll my tongue back into my mouth, that’s how hot she is.” When asked about the experience of working with such a large cast, he recounts, “We worked with 18 kids. It was a blast, but made for some really long days.” Did he check out the original film? “You know, I didn’t. I didn’t want to be influenced by someone else’s work. I wanted to do my own thing.” And Faris likes to do his own thing when the cameras are off, as well.

For a young, hot and single star, Backstage Bettys, those girls who make themselves readily available, can become a way of life. When asked about that, he commented, “I get lots of fan mail now. And yes, some of it is from girls who are really aggressive to meet me in person. I tell them, ‘Look, I’m just a normal guy. Like your older brother or your best friend’s older brother you think it cute. That’s all.’ I tell them this so they keep it in perspective, because it could get out of hand in their eyes.” I asked him if he ever profiles his fan site, where in researching more on him, I observed some of the racy postings which are placed by very assertive teen girls. “Really? I need to check that out. That’s pretty wild,” he says.

The reality of being a Hollywood star is many times different than public perception. It’s not about hanging out at the Playboy Mansion all the time. “It gets lonely,” says Faris about fame. “I’ve spent much of the last year or so filming up here in Vancouver. I don’t have a lot of free time, so I really focus on my career. I do want to find The One, though, but she has to know how to cook. Every guy I know can cook, but not the girls I meet.” He’s been known to say that his perfect date is a nice restaurant, a good bottle of wine and watching the sun come up. He goes on to say, “I like about one in every 10 girls I meet. I’m over the going out to clubs thing. Plus, it can be tough to meet people in L.A.” He adds, “I just want someone who’s real. And I want to be the one to approach them, not the other way around. Women love a southern gentleman, right?”