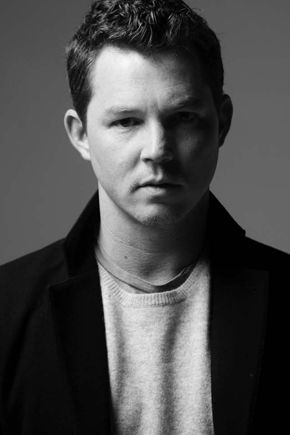 Meet Gene Hackman 2.0. Right here, right now. Shawn Hatosy is the character actor’s actor…like Hackman was at his peak in the 1970s. Which is a good thing to be in an industry when a bad indie film or a failed television pilot can stop a career before it begins. Hatosy is burning up the screen with two hot films that are already generating Oscar buzz for 2008. First, he goes dark playing a psychotic on Death Row in Universal’s Alpha Dog and then takes a turn into a Sixties period film, Factory Girl, about Andy Warhol’s Factory scene, to be released in late February. Here Hatosy lets loose on Sienna Miller, portraying Senator John McCain and his most important role in life, being a dad.

Lance Avery Morgan: Shawn, I remember seeing you in Outside Providence at a screening room in Los Angeles in the late 1990s and thinking, this kid’s gonna be a star. And here you are, a very in demand actor. How has the journey been for you?

Shawn Hatosy: That’s really nice. That was my first film and I was so nervous…Alec Baldwin played my dad. But it’s been an even course. I feel like this is the right profession for me. You always want more, but it’s really been a smooth ride. I’m really content playing different characters.

LAM: That’s right, you acted with Baldwin. In your roles, you’ve acted with some of the today’s great actors. Al Pacino, Kevin Kline, Alan Rickman, William H. Macy… and Alec Baldwin. What kinds of things have you learned from those guys?

SH: Every single one offers something different and I take something away from each project. Alec offered so much advice…both technique wise and business wise. I met Kevin just starting out, too. He’s like a poet…a really well-adjusted intellectual guy. His ability to take a scene and twist it so many different ways and to still make it fresh was incredible. With Pacino, I had to audition six times before I got the part.

LAM: Speaking of parts, tell me about Sienna Miller with whom you are starring in Factory Girl where she plays Warhol favorite Edie Sedgwick.

SH: It’s a smaller movie that I’m really happy to be involved in. Sienna’s really beautiful, as you know. I worked with Hayden Christian in it, too and he plays a character like Bob Dylan. The director, George Hickenlooper, comes from documentary background, so that film making style was allowed through the characters. And Guy Pearce is incredible as Warhol. 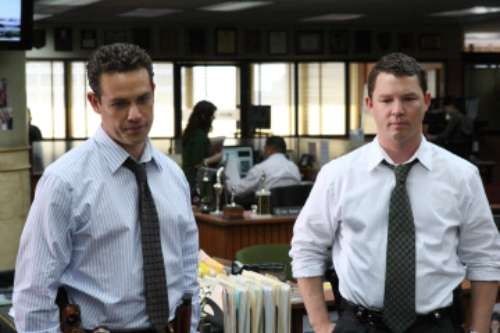 LAM: When you did your role research on Factory Girl, what drew you to the swinging Warhol Sixties?

SH: You know, I didn’t do so much Sixties research. But the music from that era is the best.

LAM: Tell me about Alpha Dog, which hits theatres.

SH: It’s based on true story Jesse James Hollywood – youngest guy on the FBI’s Most Wanted list. He’s a wanna be gangster who sold a lot of drugs in the San Fernando Valley and gets into tiff with a rival.

LAM: You’ve played some military roles, too. You depicted John McCain in Faith of Our Fathers, based on his best-selling book. Are military roles difficult?

SH: I can’t imagine going through the stuff he went through…being shot down, Hanoi Hilton. All that. We did spend some time together after I did the role.

LAM: You were directed by Robert Rodriguez in The Faculty, shot in Austin. Did you enjoy working in Texas?

SH: Austin is my favorite city. I’ll even go there just to visit. I love the music. And Rick Rodriguez – it’s all one of the highlights of my career. At that time there were a lot of movies going on in that same genre, but that one was different. He’s just amazingly available to actors. And technically incredible to watch… he has his hands in every part of the process.

LAM: You’ve also done some guest shots on TV – what are the different challenges you meet between television and film?

SH: TV seems to pay more than some indie movies, where the budgets keep getting smaller. And TV is getting much better scripts. HBO started that. It’s funny, making a TV show is much faster and faster can be great. You adapt to it when you’re in it.

LAM: How do you keep healthy to maintain your career with long days on location can take a toll on an actor?

SH: (Laughs) I’m the wrong guy to ask about that, but vitamins are a good thing when you get run down. By the end of a project, I’m pretty much eating Echinacea and Vitamin C.

LAM: When you are not acting in that fast pace, how do you spend your down time?

SH: I like to play sports… golf, tennis. And I play guitar. Plus, I have a five month old baby so that keeps me pretty active.

LAM: Congratulations. What have you discovered is your favorite thing about being a dad?

SH: It just makes you a better person. There’s something about it that just switches in me that I feel every time I look at him. And that’s what it’s really all about for me.