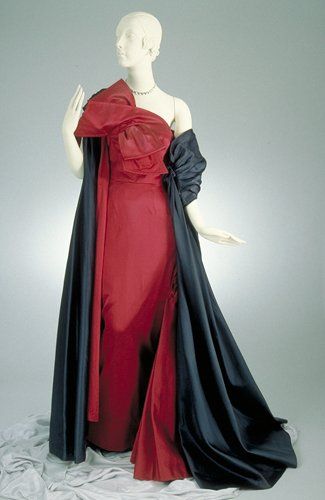 Behind the Seams: The Texas Fashion Collection

Balanciaga, Givenchy, de la Renta and Norell are among the impressive labels from the universe of fashion that have found a home in Denton, near Dallas, TX. Originally created for some of the world’s most glamorous women, these fragile works-of-art in fabric are now safely ensconced in The Texas Fashion Collection at the University of North Texas. The collection includes a number of couture designs made especially for stunning and well-bred Texans whose legacy of high style remains influential throughout the state. To know the present and future of Texas fashion, one can begin by examining its past.

Women and beautiful clothing: it’s a relationship that can best be described as passionate. The sheer drive and determination for a woman to look her very best at all times has a rich history woven with that of couture. Enduring several rounds of couture fittings used to be (and still is) a way of life for a woman of privilege. “In the fitting room, the buyer should be paid by the hour for suffering such torture, hours on a cuff, the set of a sleeve, the length of a skirt. Only when you wear the final result do you realize that every little seamstress and vendeuse is a genius. Couture is couture, no matter how thin you slice it, cut it, embroider it or line it. They make you a queen,” said former San Antonio resident Nancy Holmes, a former senior level editor of Town & Country, European Life and contributor to us. This pains-taking attention to an outfit’s detail is what best defines the theory behind the Texas Fashion Collection.

The roots of the Collection began impressively. It was initiated by retail scions Stanley and Edward Marcus in 1938 as the Carrie Marcus Neiman Foundation and was later formed into the Dallas Museum of Fashion. Now known as the Texas Fashion Collection, this assemblage has grown significantly to become an international player in the world of couture collecting. With over 15,000 items of historic dress available to students and researchers, it celebrates the importance fashion plays in our society. 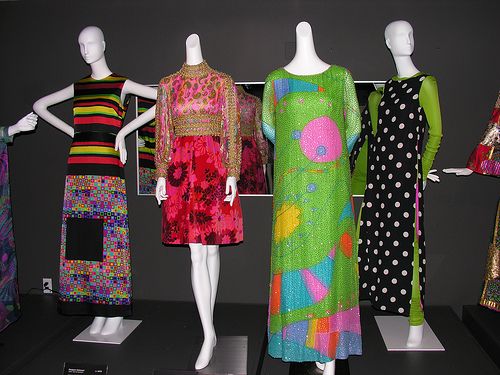 In 1993, the University of North Texas renovated a building to consolidate the rare clothing objects into 40,000-square-feet of climate-controlled space, which made it possible to inventory the collection as a whole for the first time. To support of this vital component of fashion history, a National Endowment for the Arts grant for history and documentation was awarded to the Collection in 1995, but more funds are needed for its survival.

The secret to the Collection’s current success is Myra Walker, a woman who truly understands fashion. Walker, who has been its curator and director since 1987, is an Associate Professor at UNT, teaching fashion history courses in the School of Visual Arts. She has organized numerous exhibitions during her tenure, and her enthusiasm for the Collection is contagious. “The amazing thing is that I can enter the storage area, walk down the aisle, and see something for the first time. I may have walked past it for fifteen years and finally realized that something wonderful has been there all along. There are always little surprises when you have so many objects,” Walker says.

A collection unshared is a collection unappreciated, which is why UNT mounts special exhibits to help the public understand the vital role of fashion in our culture. “Simply Black,” a highly successful exhibition in 2003 on the second floor of the downtown Dallas Neiman Marcus presented 30 important dresses by such iconic designers Chanel, Norman Norell, Balenciaga, Vera Wang, Todd Oldham and Oscar de la Renta. Previous exhibitions have been presented with such cleverly cohesive themes as Haute Couture: The Great Paris Designers, Back in Time: A History of the Tea Gown, Hot Cars, High Fashion, Cool Stuff, Fashion in a War Zone, and The Art of Fashion: The Radical Sixties. The Collection also loans to such institutions as the Bob Bullock State History Museum. 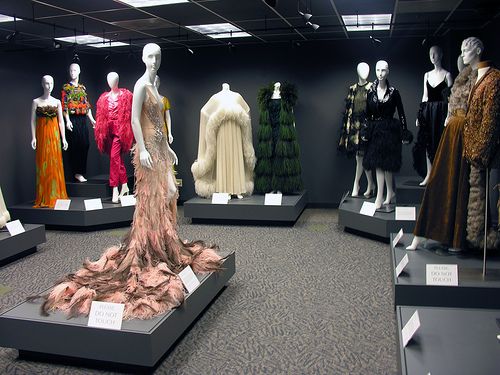 On a national level, it provided designer ensembles for an inaugural exhibition, Picturing French Style: Three Hundred Years of Art and Fashion at Alabama’s Mobile Museum of Art. “The TFC has produced a broad range of exhibitions during the past fifteen years. Everyone cannot make constant trips to New York to see the latest historical fashion exhibition. So, we have done our best to bring those high standards to the public,” says Walker.

What lies beneath the overall importance of the Collection is the well-rounded vision of the various fashion designers represented. In a world where an overnight-sensation clothing designer takes on the role of rock star status, the great designers of yesteryear built reputations mostly through word of mouth from their loyal clientele and their commitment to putting a unique stamp on their couture creations.

Cristobal Balanciaga, whose designs rivaled the elegance of Christian Dior’s New Look of the 1940s and ‘50s and into the mod ‘60s, has an impressive presence at the Collection. Referred to as the master of 20th-century fashion design, Balenciaga’s tutelage as a tailor and the cultural stimulation of his native Spain were significantly reflected in his work. Unraveling women from the constraining facets of made-to-measure design, he emphasized clothing that was correct in proportion and fit, implemented in fabrics that held their shape with minimal seams and darts. The Collection reflects the best of his work from 1952 – 1968 and consists of 319 examples of his most significant creations for both daytime and evening, including 86 dresses, 27 suits and 42 coats and numerous hats. All offer a glimpse of the jet set world of fashion during its most glittering era.

When one thinks of Hubert de Givenchy, one pictures the timeless style of actress Audrey Hepburn, for whom he designed both on and off screen. A legion of International Best Dressed List women wore his clothes with pride. He opened the House of Givenchy in 1952 after working with Balenciaga and Elsa Schiaparelli and soon attracted as patrons some of the most captivating style setters of the century. Givenchy’s designs combined flawless craftsmanship and polished sophistication. His clean lines, vibrant colors and consistently ladylike garments influence designers to this day. Several interpretations of his “Hepburn look” were to be seen on the catwalks in recent Spring collections. While maintaining one of the most successful couture houses for five decades, Givenchy also obtained lucrative licensing contracts for clothing, scents and cosmetics. The Texas Fashion Collection has 203 pieces of his best work from 1955 through his retirement in 1995, including 98 dresses, 34 suits, 21 coats, and 50 ensembles.

Oscar de la Renta’s works in the Collection, show how his life as a leader of the world’s stylish elite influenced his designs. After stints in Spain with Balenciaga and Anthony Castillio, this Dominican Republic native landed in New York in 1963 to design for Elizabeth Arden couture and ready-to-wear. Finding rapid success, he formed his own namesake company; in the late 1960s his Russian and gypsy-inspired creations igniting a new fire in the design world. While the ‘70s saw an explosion of success with his own range of contemporary to high-end couture fashions, he also designed for the Pierre Balmain couture label in Paris. Texan Mercedes Bass was among his glamorous clients, who included the most celebrated beauties in the world. The Collection features 55 de la Renta designs (34 dresses, seven suits, three coats, along with two daytime ensembles and nine for evening). The work spans from 1978 to 1994, with additional pieces listed under the Pierre Balmain label.

Norman Norell is the ultimate example of The Great American Designer. After working briefly as a costume designer for the Astoria Studio of Paramount Pictures at age 22, Norell spent the next 12 years with fellow legend, Hattie Carnegie, the mother of modern sportswear, gaining priceless experience in retail, wholesale, and custom fashion design. His regular trips to Paris with Carnegie provided the inspiration to create his own style. Norell’s first collection, for Traina-Norell, debuted in 1941. Ultimately he formed his own label, which remained in the forefront of significant American fashion for the rest of his career. Known for his understated simple wool dresses with high round necklines, sequined cocktail dresses and sailor motifs, Norell was adored by women around the world (Former Dallasite and MGM movie star Greer Garson was a devotee of his aesthetic). His career is represented in the Collection with 124 designs. Norman Norell’s 83 dresses, 14 suits, and 23 ensembles span the period between 1940 and 1972, and are considered some of the organization’s most stellar holdings.

Myra Walker describes the Collection as “truly awesome.” She explains, “Texans always go on about being the biggest or the best. We are not the largest collection in the country. But we are one of the very best and we happen to be right here.” The Texas Fashion Collection confirms that integrity in style is a way of life for American women, especially those in Texas. The next time you see a new designer gown, think about what you are seeing. Will it someday be worthy of donation to a fashion collection of this caliber? There’s always room for consistent elegance in a fashionable life: one that goes behind the seams.