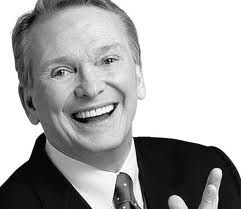 “A woman who wears my clothes is not afraid to be noticed,” says the Sultan of Sequins Bob Mackie. The prolific designer should know. He’s won nine Emmy Awards (and has been nominated for 31) and has also been nominated for three Academy Awards. But it’s not just the accolades to Mackie. It’s about the creative process.

I caught up with Mackie as he was dashing off to the East Coast from his Los Angeles studio, where he is still a sought after designer for made to order for Saks Fifth Avenue in New York and helms successful products with his QVC network appearances. He had just learned he was nominated for another Emmy for Carol Burnett’s costumes for her role in this past season’s television special, Once Upon A Mattress. He still has that inimitable dynamic touch. Cameron Silver, owner of the chic Los Angeles store, Decades, specializing in vintage couture, comments on Mackie’s talents, “Just look at the last Dior Haute Couture show by Galliano and you see Mackie’s influence. When Cher was overheard saying it was her favorite show and she would wear all the clothing, it’s a great validation that costume and fashion have fused at the highest echelon of style.

Bob Mackie has been able to mix his profound talent as a costume designer with his couturier ability to create some of the most memorable fashion images of the 20th century.” Mackie wowed audiences every week on Burnett’s show with an outrageous array of imaginative colors, luxury fabrics, beading, feathers, fur and just about any other sort of adornment that could create an instant impression. He created a body of instant impressions that’s lasted to this day, decades later.

LAM: Bob, Texans really love your style. Are you here much?

BM: I’ve been to Texas many times. I loved doing trunk shows at Neiman’s when I had a clothing line there. Austin’s great, too. It’s very hip.

LAM: Speaking of hip, you’ve designed creations in your career for just about every star including Cher (while simultaneously doing Burnett’s show), Barbra Streisand, Lucille Ball, Elton John, Sharon Stone and so many more. How is costuming different these days?

BM: It’s all about shopping now. The way the designers – or personal stylists, really, bring in a rack so the star and director can choose what will be worn. It’s just different. I did Carol’s show for 11 years and I never once had her wear a pair of jeans.

LAM: What was the most challenging aspect of The Carol Burnett Show?

BM: I did everyone’s clothes, including the guest stars’, which was like running a race each week. It was exciting to find out what the script would be like on a Friday for the next week’s show. There never seemed to be enough time. I made it work. You could say it was an adrenalin rush.

LAM: I’ll bet. Carol told me you designed almost 50 costumes a week for the show. Did you have a large team to implement the costumes at the time?

BM: I had male assistant who would help with the men’s clothes. If there were uniforms, we would just rent those. I had a female assistant to help with the women’s costumes. Although I designed so much, for some characters, like a housewife part, we’d just buy a dress.

LAM: What was your favorite costume for a Carol character?

BM: We did over 200 shows and the one that got the most attention was the Gone With The Wind outfit. It was recently on display at a television costume exhibit for at the FITM Design School. But mostly, it was just another week, another show.

LAM: It’s become a true classic. Any others? What about the classic movie homages?

BM: Those were really fun. Remember, that was back in the day before VHS and DVD rentals.

LAM: So, did you depend on The Late, Late Show as a resource, or how did you design, like say, Mildred Pierced, a take off on the Joan Crawford movie that was a really successful sketch or say, Sunset Boulevard?

BM: I have a collection of fashion books that I could reference, plus I’d seen all those old movies and loved them. Sometimes, though, it was tough. For instance, in the books, they might not have a photo of the bottom of the skirt…the hemline. So, I just made do. Looking back, and having access to those movies now, I was pretty close. I just had a feeling of the film and its period.

LAM: You also designed Carol’s opening segment where she would answer questions from the audience. The gowns were gorgeous, many with your signatures beads and sparkles. What was your inspiration for those?

BM: With her opening gowns I wanted Carol to wake up the audience, and to have her not only look attractive, but also for her to look like their friend. I knew that later she’d be in one crazy costume after another, so I wanted her to be seen as more real in the opening outfits. When I see a group of those show openers now, I think ‘wow, she could wear those today.’

LAM: What was your favorite aspect about working with Carol over the years?

BM: It was a gift because I loved the movie musicals growing up. It was the first weekly variety show with a lady star. Also, to do comedy, dance, singing and the musical numbers. It was all a dream for me.