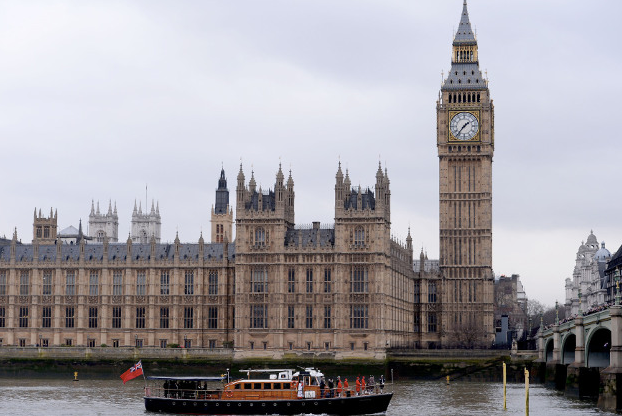 Churchill’s Britain Foundation: Never Give Up

The United Kingdom and the United States have always had a formidable relationship, especially with its educational goals. Here, in an exclusive, Houstonian Jonathan Sandys speaks to his great grandfather Winston Churchill’s legacy and life that still has as impact on the world today with Churchill’s Britain Foundation.

“My great-grandfather was continually beaten senselessly, told he was stupid and thick and remained at the bottom of his class throughout his school years,” states Jonathan Sandys, Houston resident and great grandson of Winston Churchill. “But, he believed in himself and that God had different plans for him, so he never gave up. His will to never give up in his own personal struggles also became one of his slogans as Prime Minister, surrender is not an option. It was this belief of not surrendering that led Churchill into continual success.”

The journey to Churchill’s greatness was paved with obstacles. Sandys and his great grandfather also shared a debilitating condition that created havoc with their education, landing both in the back of the room throughout their school years. However, through work, dedication and a strong will to achieve, they also both overcame the problems caused by Dyslexic. That’s why Churchill’s Britain Foundation was started by Jonathan Sandys, who not only has faced many of the challenges of his famous relative, but also shares his same passions.

Since Churchill first created history, thousands of books and movies have been made about his accomplishments and leadership skills. Yet, Sandys notes, all of these skills, characteristics and talents have only been written for an adult audience and yet, it is the children and youth of our world who could be not only inspired, motivated and encouraged but who might be the most impacted. That’s why Churchill’s Britain Foundation was created: not only to focus on the children, the children who have learning disabilities, but also children who could carry the legacy of Churchill into the next generation. The foundation teaches children to never give up and surrender even in the face of overwhelming odds.

“The Foundation’s main goals and objectives related to education, specifically to those with learning challenges and to make history an exciting journey,” says Sandys. “The study of history seems to be falling by the wayside in many school districts and this is something no country can afford. History teaches us how to go forward by learning where we’ve been. In many ways, for our leaders of tomorrow, I believe history is one of the most important subjects.”

The elder Churchill’s legacy began young. At the age of twenty-one years old, while serving in India with the Queen’s 4th Hussars, Churchill began his own exciting journey into studying the history of this great world and the masters that played their part in forming it. His hard work won him the much guarded Nobel Prize for Literature, and prepared him with the knowledge he needed to defend this world against the Nazis from 1940-1945. To be sure, Jonathan Sandys is proud of his family’s role in history. “I cannot help but think back on my years and wish that I had known then all that I know now about my great-grandfather,” he states. “It has been with this and other ideas in mind that I started Churchill’s Britain Foundation, with the determination that no child or adult will ever again feel the way that I felt when I was struggling in school with Dyslexia.” He goes on to say, “One first has to know the life story of a man who failed at school due to Dyslexia and failed many times in politics. Yet, because he stood up for what he believed in, he eventually, with fierce determination, led Britain, Europe and the world to victory against the worst aggressor in history.”

Sandys notes that his great-grandfather continues to influence his life, especially with his “never surrender” attitude. For example, Sandys is returning to college to study History, at Lee College in Baytown, Texas. "I am living proof that the life lessons of my great-grandfather have the power to build a fire within a person's soul, a fire that once lit, can never be extinguished. I want to share that fire with the world, beginning with America," Sandys said.

Many have asked Sandy’s why he chose America, to begin the Foundation and not England. “America welcomed my great-grandfather with open arms. He loved America almost as much as he loved England,” enthuses Sandys. “My great grandfather was half-American by birth, and during the Kennedy administration he became the only person in history to receive an honorary US Citizenship. It was something that he found thrilling and felt very honored to receive,” Sandys said.

Although considered the leaders of the ‘free world,’ America has a number of challenges with some of their educational programs. “I was surprised when I visited a number of schools and discovered many children did not know the history of their own great country. Many children and even high school students did not recognize Winston Churchill’s name or any of his contributions to the world,” Sandys said. Sandys noted that America leads and the world follows, and he believes it is very important for American students to know who Winston Churchill was, his struggles and challenges, and how he and President Roosevelt changed the world together. “They need to know why Britain and America have a special relationship, which dates back to my great-grandfather and why it is as important now, as it was then,” Sandys continues. “I, like my great-grandfather before me, love America and recognize the importance of our two nations working together to ensure worldwide security.”

This is the message that Sandys is sharing with the world, with elementary, middle, junior high and high schools across the country, with his firm belief that the lessons he has learned from Winston Churchill are the same lessons school age youth can benefit from learning as well. Churchill’s Britain Foundation is combating illiteracy and poverty through the life lessons of Sir Winston Churchill. For more information, visit: www.churchillsbritainfoundation.org.