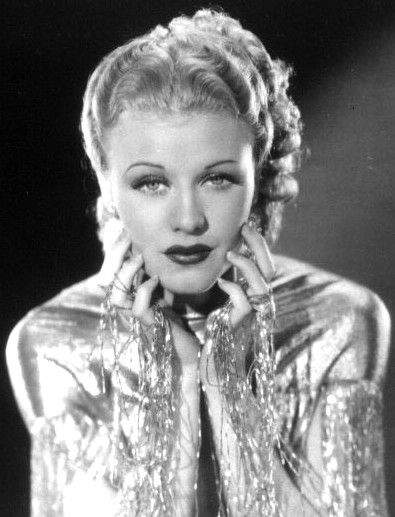 Ginger Rogers: Fort Worth to Hollywood & Style for Miles

“She gave him sex appeal. He gave her class.” That’s how actress Katherine Hepburn once described the on-screen relationship between Texan Ginger Rogers and Fred Astaire. As she danced up a storm with him in over a dozen films, this woman of legendary style danced into the hearts of America, as well. Having catapulted into show biz after winning a Charleston dance contest at the old Texas Hotel in her hometown of Fort Worth, the rest, as they say, is history. My colleague A.C. Lyles, a Golden Age of Hollywood-era producer, said it best by stating, “She was an actor, a star, a superstar and, boy, she was a legend.”

Called “Ginger” because her cousin couldn’t say her name, Virginia, she noted in her autobiography, "My mother told me I was dancing before I was born. She could feel my toes tapping wildly inside her for months.” So began a fairytale life promoted by her prototypical stage mother, Lela, and achieved by her own sheer drive, talent and beauty. Not only did Lela write and produce plays in which Ginger performed as a student at Central High School in Fort Worth, but she also remained a dominant influence throughout Ginger’s career.

The power that Rogers wielded during the Depression and World War II was almost unfathomable. Headlines in the movie magazines of the time reflected her overwhelming popularity with the American public. A role-model for women, Ginger Rogers exuded a feminine determination in an era when actresses were only beginning to create a strong presence. For men, she was a glamorous version of the attainable girl next door. It could be said that she was the Reneé Zellweger of Hollywood’s Golden Age. In fact, both Texas actresses played the role of Chicago’s infamous vixen, Roxie Hart. 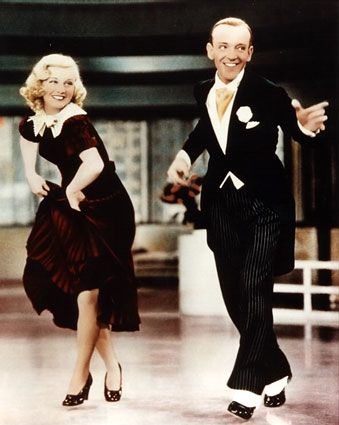 "I don't know which I like best. I love the applause on the stage. But films are so fascinating – you reach many millions through them,” she said at the time when she was starring in six films a year. Whether she was adorned in an evening gown or a simple business suit that, or due to the hard times of the era, was accessorized differently to create five outfits for the entire week, she always exuded the look of the modern American woman.

Rogers’ movie star style set fashion trends for women around the world for over two decades. Under contract at RKO Studios for most of her career, she wore clothes created by studio designer Walter Plunkett. His designs included the innovative use of feathers, beads and just about everything else that would make a big impact. Her alluring on-screen wardrobe was widely emulated – tailored and embellished business suits, satin evening dresses, fancy fedora hats, false eyelashes, a beauty mole near her mouth, and her trademark long red fingernails and matching lipstick.

Most people have seen the Astair/Rogers duo in such hits as Swing Time, Carefree and Top Hat, yet few recall that Rogers was a dramatic actress, as well. She won an Academy Award® for her role in the 1940’s non-musical romance, Kitty Foyle. During WWII she toured tirelessly for the USO, sold war bonds, and starred in some of the decade's finest comedies including Tom, Dick, and Harry, The Major and the Minor, and Roxie Hart. At the height of her career, she was Hollywood’s highest paid actress, pulling down an astronomical $300,000 for MGM’s 1945 hit, Weekend at the Waldorf.

With the advent of television in the 1950s, her sense of survival was apparent in a busy round of TV appearances on variety and dramatic series. She then made a triumphant return to Broadway in the 1960s in Hello Dolly! and toured with her nightclub act into the ‘80s. In her later years, she would often screen her movies with friends (while she was making films she would never watch them on the big screen). According to sources, she let her guests choose the film they wanted to view, and enforced a “no conversation” rule during the screenings. She enjoyed studying her films along with her guests and always offered backstage anecdotes about the filming. 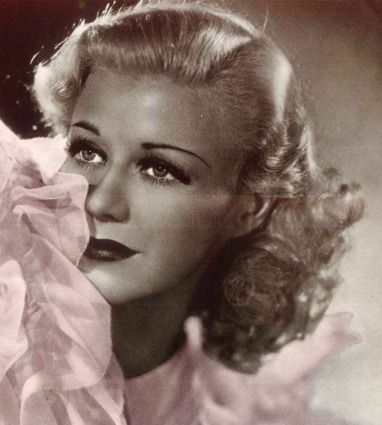 “Part of the joy of dancing is conversation. Trouble is, some men can't talk and dance at the same time,” she once confided to columnist Hedda Hopper, who relished writing about the many men with whom Rogers acted and was linked romantically. Two of her five husbands were movie stars (Lew Ayres and French film actor, Jacques Bergerac). It’s interesting to note that her mother lived with her throughout most of her life, which might explain her disappointing marital history.

Away from the Klieg lights and costumes, she was a simple girl at heart. Rogers didn’t drink alcohol, was active in the Daughters of the American Revolution, and remained a devoted Christian Scientist (she never saw a doctor or entered a hospital until her last months). She spent much of her free time away from Hollywoodat her 1800-acre Oregon ranch before retiring to Rancho Mirage, California. Her life’s work was recognized when she received the Kennedy Center’s Lifetime Achievement Award in 1992, before her death in 1995. The accolade was fitting. It paid tribute to the diversity of a career in which the little five-foot-two gal from Texas danced, acted and loved, and was, in turn, loved by her legion of fans.