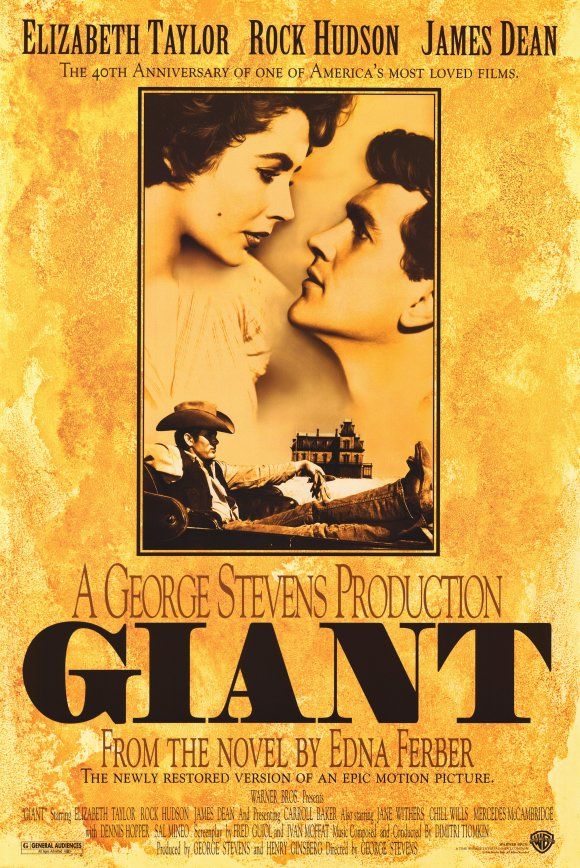 Like any legendary beauty nearing the half-century mark, the sweeping movie that put Marfa on the map and theTexas way of life on celluloid has aged superbly – Giant at well past 50 now.

Big? Yep. Grand? You bet. Giant? Definitely. The epic movie about Reata, a fabled 595,000-acre West Texas ranch and its inhabitants, changed the way the world viewed Texas. There’s no denying the vast impact of the myth, the film and the West Texas area where it was shot in the summer and early fall of 1955.

Inspired by real-life Texas oilman Glenn McCarthy, Edna Ferber’s 1952 best-selling book, on which the movie is based, captured all that was right and wrong with Texas, and the country, at the time. According to Hollywoodscreenwriter Ivan Moffat, who adapted the screenplay, “The novel wasn't very popular among Texans to begin with. One Dallas paper claimed that if the film was shown in Texas, the screen might be shot full of holes.” Yet the pioneer spirit glorified in the film is alive and well in the region today, with some of its inhabitants betting on Marfa and its surroundings as an international art world player– even when your average Texan may not have made the pilgrimage west. The film, like its home turf, is continually being rediscovered and discovered for the first time as a classic.

Giant is a story that reflects four generations of Texans as tightly wound as a new lasso. But the movie almost didn’t unravel the way we now know it. Grace Kelly vied for the role of Leslie Benedict until Elizabeth Taylor was awarded it, while James Dean almost lost the part of Jett Rink to decades-older film veteran Alan Ladd. Both Taylor and Dean sizzle onscreen. Director George Stevens knew his story - and how to tell it with the right talent. In fact, he won an Oscar for it; Giant was nominated for 11.

Taylor once said that Dean “had not only the training of method acting, but I think he was also instinctive.” Rock Hudson as the cocky, young ranch baron Bick Benedict personified the evolution of the old way of life into new, while Mercedes Cambridge as the independent sister created a vision of Texan women archetypical today. Dennis Hopper, a teenager at the time, played the son who shirks his ranch roots to become a doctor. On the set Hopper became fast friends with James Dean and was mesmerized by his talents during the filming. He referred to his experience with Dean recently in a television interview, “I was just astonished by him. I asked him, ‘I gotta know what you’re doing as an actor. I don’t understand it.’ And he said, ‘Well, if you’re smoking a cigarette, just smoke the cigarette, don’t act smoking the cigarette…and you just go to a moment-to-moment reality.” 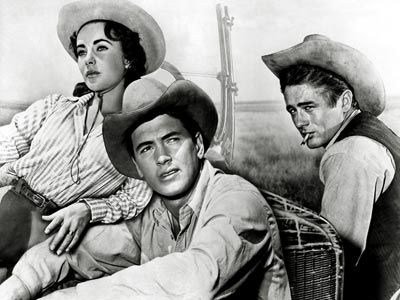 Even when viewing it today, with its references to racial inequality or Neiman Marcus representing the pinnacle of excess at the time, the film doesn’t resort to the usual Texas stereotypes. Instead, it showed progress. Good ol’ boy ways of doing business gave way to women who commanded having their opinions heard. Segregation that eventually became integration. Tradition that transformed itself to fit into a modern world: its main theme is that ‘change is inevitable, so get used to it.’ It was a romanticized version of the people who made Texas what it is today: the strong men and many times, even stronger women.

Local artist/rancher Boyd Elder, who recalls the filming as a child growing up in nearby Valentine, says, “I’ll bet some of the movie was based on Sid Worth Evans, who owned the ranch near the location of the movie. He was the kind of guy who would buy a brand-new Cadillac and race up and down the road at a 100 miles an hour.” Elder continues, “Liz Taylor, of course, made a huge impression on me. She was like a goddess.” Joe Duncan, who owns the Hotel Paisano where the film’s stars stayed during the shoot, says their have always been gossip about the film, saying, “At the time it was a suspected that there was a romance between Elizabeth Taylor and Rock Hudson. Taylor’s husband then, actor Michael Wilding, showed up from Hollywood with their two dogs to investigate the rumor. He and Elizabeth had a blow-out fight in the main room that could be heard for miles.”

Brit Webb, a Marfa native who as a young man worked at a local gas station when the movie was shot, has fond memories of the film. “It was a big shot in the arm to Marfa. We were in the middle of a drought, so the money they brought in to spend sure helped us out.” He goes on to say, “Fans would come by the station and ask how they could see some movie stars. One day Liz and Rock were getting gas and the tourists didn’t even recognize them in the next convertible over. The two stars motioned to me to not reveal they were there so they could have a little retreat from the admirers.” He also recounts, “There was a man who drove in and said, “Well, you folks are gonna be rich around here. I just saw an oil gusher.’ He had no way of knowing it was just the scene in the film where Jett Rink discovers the first well of his fortune.” 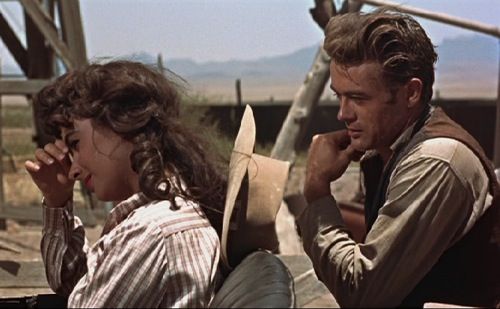 At a hefty running time of three hours and 32 minutes, the film spans 35 years that can at times seem as long as a drive from Texarkana to Marfa. But that’s on purpose. Growth and prosperity takes time, as it is reflected in the film, from the area’s first signpost and the expansive ranch location to the lonely, modest mansion dropped in the middle of it all and the post-war private jets en route to Dallas for the opening of the grand hotel owned by Dean’s playboy character. When the highly anticipated film was released in 1956, it was Warner Brother Studios’ biggest box success, earning $35 million in ticket sales, before it was surpassed bySuperman in the late 1970s.

In fact, Giant is not only a movie, but also a movement. The hit new art installation, sharing the film’s name in Marfa’s The Ballroom gallery, tips its Stetson to the blockbuster via found objects displayed now in artful juxtapositions. It uses objects that are perhaps inspired by the movie, or its era and beyond. The gallery’s showings also encompass independent filmmaking. The exhibit is already being considered a success and focuses on the social subjects that affect the area, such as the politics that encumber the Mexico-Texas border and racial and class relations.

Artist Franco Mondini-Ruiz and filmmaker Sarah Morris are the talents behind the homage. As the film’s 50th anniversary grows closer, plans are also in the works to celebrate it, as the famous Giant house’s skeletal remains still stand, on the Ryan Ranch near Marfa. Joe Duncan relates that the filming of Giant has an impact even today, “Thousands of people a year still visit Marfa to relive the movie filming.” A fitting legacy to a big movie… and to Marfa.