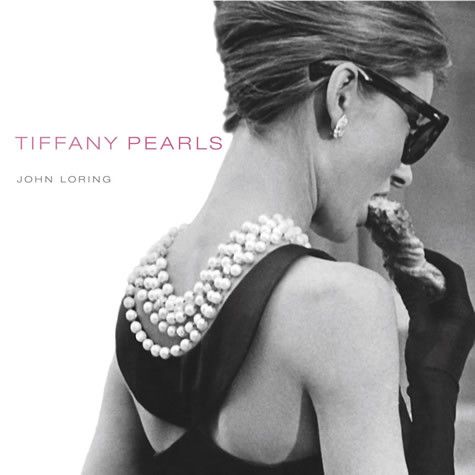 When it comes to jewels, colored stones have always rivaled diamonds in popularity.

In his book, Colored Gems, Tiffany & Company design director John Loring, in an exclusive interview with us, illustrates not only their fiery beauty, but also the history behind them, their designers, and the historical role they have played in life, love and war among centuries and across the world.

If a diamond might be representative of a pristine debutante, then colored gems would surely personify her sexy, wilder sister. Diamonds will always be a girl’s best friend, yet colored stones might just signify her wild and sexy boyfriend. “While diamonds provide the sparkle, it is the many dramatic or subtle hues of colored gemstones that add a wonderful diversity and personality to the world of fashion jewelry,” offers Jeffrey Post of the Smithsonian Institute. Diamonds, and pearls for that matter, are marvelous, yet colored gems are, to many, much more fascinating, even when they used to be referred to as semi-precious stones. They’ve always been precious to the beholder.

An aquamarine statement ring encrusted with rubies and amethysts perched on woman’s left hand at a ball? Divinely mesmerizing. A topaz brooch surrounded by tourmalines and emeralds worn on a luncheon suit lapel? Sublimely chic. Sapphire gems dripping off of an aquiline neck with earrings that match? The height of enchantment. “I think gemstones are illuminating and healing in their own way. Their hue is brilliant and intoxicating - and the added element of art adds to their allure for me,” says notable Houston philanthropist and fundraiser, Carolyn Farb. Since jewels were created to adorn and embellish a woman’s already lovely figure, the fact that so many are captured in one book like this is a feat in itself. 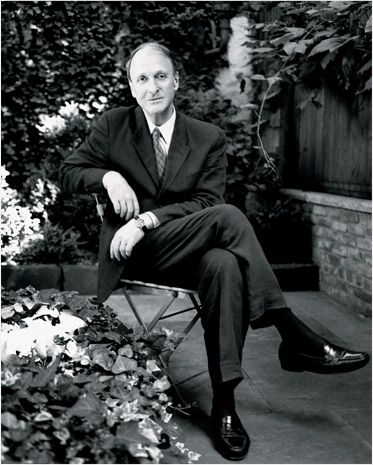 And so the fable of the Colored Gems is chronicled in the latest of 20 books authored by John Loring about the revered role of Tiffany jewelry stores in the world of luxury culture. Among those he has written, included last year’s smash hit,Tiffany Pearls, then there were tomes like Tiffany’s Palm Beach. Tiffany in Fashion andTiffany Timepieces, to name a few. And what better publicity could a luxury brand ask for than an actual film with its revered name in the title? In that movie,Breakfast at Tiffany’s, the story’s heroine, Holly Golightly enthuses, “Isn't it wonderful? Nothing bad could ever happen to you in a place like this.”

John Loring, who travels the world as Design Director of the famed jeweler, knows just about everything on all things glamorous. Fashion, design, accessories, and certainly jewelry and all things to be found in the Tiffany stores across the world are Loring’s forte and he’s witnessed the growth of seven Tiffany stores when he started to more than 170 stores in 22 countries now. Catching up with him was no simple feat, but we love a challenge and wanted to learn more about the book and the world of colored jewels. “When people open up Colored Gems, they will see a whole world of stones that Mother Nature has surprised us with,’” says John Loring. “It’s been Tiffany’s mission since George Kunz took over in 1879 as one of the greatest gemologists at the time, for gemstones to be placed front and center for the world to enjoy. Almost everyone had been familiar with rubies, emeralds and sapphires. But also offered are garnets, turquoise, opals and so many more.”

When asked about smart mining, Loring is emphatic about Tiffany’s dedication to that. “Most people don’t think of exotic stones that have been sold by Tiffany as being mined here. But from Maine to Montana, they have been,” he says. When asked about the richness of jewels found in the United States, Loring shares, “Montana sapphires, for instance, have extraordinary quality. Tourmalines from Maine. Then there’s California’s pink tourmalines and Arizona’s turquoise. Native American gemstones like fire opals, or even a more humble stone like amagorite. All are first class gemstones.” 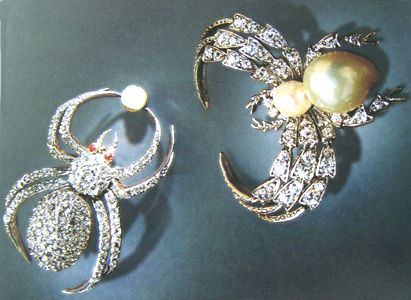 It’s the role of colored gems in history which greatly fascinates John Loring, and that’s also reflected in this book. He states, “Jewelry has always been important. As we know, before it was more common for people to own jewels, it was the provenance of royalty, mostly.” He goes on to say, “There were historic expositions inParis, Chicago and St. Louis in the late 19th and early 20th centuries for the average person to see precious gems up close.” As America and Americans became more affluent, these exhibits helped to fuel their desire for gems. Even as recently as the 1939 World’s Fair in New York, Tiffany & Company produced some exquisite jewels. And the fashion magazines at the time were consumed by it. “The presence featured a use of colored gems that were not the big three colors, sapphire, emeralds and rubies. But, remember, the world was sliding into WWII, so it not the best time financially for people to buy any gems,” Loring remarks. “At that time, jewels with designs of large scrolls were popular, as well as the use of aquamarines, citrines and the morganite.”

Tiffany’s really hit its stride in popular culture when Schlumberger started designing for the company in the late 1950s. Still collector’s items, he used different types of colored gems abundantly in his designs. “One of them was the famous “bird on a rock” setting, the setting for the world famous Tiffany Diamond. Schlumberger also created the amazing enamel bracelets that became a staple of stylish wardrobes everywhere. Jacqueline Kennedy was so often photographed wearing them that the press called them the “Jackie “ bracelets, says Texas’ Tiffany and Company general manager Scott Shibley. “All his pieces are absolutely extraordinary,” offers Loring. “He loved the idiosyncratic in nature – the flora and fauna. He also loved incorporating island themes with fish, sea creatures, and birds. He used all sorts of gems, and not all were large. He used lots of big rubies and sapphires and really liked more exotic colored gemstones.” Loring shares that Schlumberger jewels “contained all sorts of stone. Like the one of the bird on the rock in citrine. It’s beautiful, but not overly expensive.” Loring notes it’s not for sale, though, as it is a highly coveted collector’s pieces, as are all of Schlumberger’s creations for Tiffany. Loring also notes that “Schlumberger delighted in using all gems Mother Nature provided. His more complex gems are used on a larger scale. They aren’t appropriate for everyone.” Yet the cover of the book has a Schlumberger piece, which makes quite a statement. “Keep in mind that Schlumberger really invented this whole great thing. These pieces that seem like they have been in the family for centuries, but it’s only been around 70 years.

Other designers who Loring has added to the mystique of the Tiffany brand are women like Elsa Perretti and Paloma Picasso. “With Elsa’s jewelry, they become a part of the woman’s body. She took the oldest female symbol, the heart, which was quite clever and made it special in her designs. She thought of that’” says Loring. “She began using colored gems when she started in 1974 with small rubies, emerald and sapphires. Then she did those lacquered pieces. To her, form is important than color. She’s just as happy with gold and silver to create her designs that are sensual, tactile sculptural.”

Loring met Paloma Picasso in Paris when she was 16 because he was great friends with her mother. “Whereas Schlumberger referenced surrealism in his designs, Paloma avoided that… because that was her father’s territory,” Loring says. Paloma Picasso’s father who is, arguably, the greatest modern artist of the 20thcentury, must have evoked an artistic point of view in his daughter. “She used simple markings that did not imply art – the X’s and scribbles – they were human markings. Paloma has been careful not to go too far into the artistic character.” He adds, “Paloma has a very uplifting presence. She is aggressively chic and stylish. And has a great sense of humor and a joy in living. Good old Joi de Vivre, just like her father had. She’s tremendously great fun.” Paloma Picasso complements that by saying, “I do what I love most, which is designing jewelry. And what I love most about colored stones is that they come from the earth. That’s important to me.” Even Frank Gehry, who also designs for Tiffany, and is known for his clean designs, uses colored gemstones. “He’s one of the world’s greatest architects. His designs have a more sculptural quality. He uses stones like agates and pink opal, not faceted gem stones,” adds Loring.

But really, just who is the kind of woman who loves wearing colored gem stones? John Loring answers the question definitively. “She’s self-assured… has a really good sense of self image. She’s not shy whatsoever and is happy to project her good points as a gift to other people. She loves entertaining others and doesn’t understand wallflowers. Whether she is young or older, her presentation of herself and jewels reflects her generosity of spirit,” Loring confides.

John Loring knows about generosity of spirit. As Design Director, author, international scene maker, and all-around beloved style arbiter, there seems to be no end to his perpetuating the Tiffany brand in the luxury universe in books and elsewhere. “When I go to write these books, to me it is about the historical part that I am so very interested in, having living in Europe so long. Like the chapter that includes Charles the Bold in Rouge. It all rings familiar growing up there,” Loring shares. “I have a great deal more enthusiasm when I start researching theses stories that include these jewels – the palaces they built, the battles that were fought over them. Plus, it’s exciting to see who owned and wore all these great jewels. It’s great human drama.”