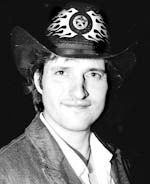 PREMIERE CITY: It was too crowded to even see that there was a red carpet; I didn't realize it until I tripped on it, nearly careening headlong into the star of the evening, Matthew McConaughey. The cameras were everywhere and there were so many cell phones being waved in the air, it looked like we were appearing in a Verizon ad. Fans came armed with Sharpies and their favorite Matthew ephemera to get a signature – magazine covers, photos, tickets, you name it. My glamorous date Rita Garza and I met up with Katy Hackerman, Robert Walker, and Blake and Lea Buffington along the way. At one point as we worked through the crowd, some of us held hands like school children in a crosswalk to make sure we didn't get separated. Eventually we did get past the mauling crowd and to our seats, catching up with Carol Adams, Lance Morgan, and Taylor Andrews along the way. The evening was a production of the Austin Film Society, and AFS executive director Rebecca Campbell introduced UT football coach Mack Brown, who in turn, introduced the famous UT fan Mr. McConaughey. City Manager Toby Futrell made an appearance and director Breck Eisner was in the audience. Sahara, a classic escapist action/adventure formula featuring a beautiful woman in danger (Penélope Cruz), a handsome hero (McConaughey), and an entertaining sidekick (Steve Zahn), was a nonstop romp across Africa with gorgeous cinematography (and the cast is wearing sunglasses from the fab new Ray-Ban collection that I viewed during SXSW)… Rita again accompanied me to the premiere of Sin City later in the week; it was an even bigger event, with Robert Rodriguez in attendance, along with Frank Miller (who wrote the stories in Sin City and co-directed the movie), model/actress James King (credited as Jaime King), and Nick Stahl. We avoided the crush by arriving earlier. Rodriguez introduced the movie and led a post-show Q&A, and the crowd retired to Stubb's for a great afterparty, featuring Patricia Vonne and her band. The barbeque was piled high and guests like Richard Linklater, Ethan Hawke, Robert LaRoche, Carol and Chris Adams, Louis Black, Werner Campbell and the lovely Julia, Ellen Spiro, Margaret Moser, and Earl Poole Ball mingled and jingled.

GRACE AND STYLE: So the once-golden John DeLorean is dead. I remember when he was a shining silver fox married to the glamorous Christina Ferrare and their gorgeous pusses were splattered across every magazine. DeLorean's stainless steel cars were as shiny as he was, and though his venture seemed doomed, he lit a brilliant arc across the sky by trying something so radical. His trial and subsequent acquittal on murky drug charges coincided with the collapse of his company, and he kept a fairly low but dignified profile while mired in lawsuits stemming from his company's bankruptcy. I met him a few times in the mid-Nineties in New York when I was working for a swank Manhattan antiques dealer who was an old friend of DeLorean. One day when I heard he was in the showroom, I had to go up there just to see him. He was still the stylishly dressed, distinguished figure he'd always been. My boss introduced us, telling me I'd be doing some work for Mr. DeLorean. I did a number of things for his Central Park South residence at the Essex – with only two bedrooms (one for him and one for his daughter Kathryn when she visited) it must have been a step down for him – but it was in no way shabby. I worked on an incredible Louis XIV bergère for him, removing the magnificent 18th-century chartreuse and burgundy silk that was on it – a sinisterly beautiful fabric figured with devils and other underworld creatures – and replaced it with a sinfully gorgeous buttery yellow silk brocade by Schumacher – fabric that had once been awesomely massive drapes from a 19th-century robber baron's estate. In addition, I quilted a bedspread by painstakingly stitching around the intricate design woven into the fabric, and made pillows and bolsters to match. The rest of the fabric was used as luxurious swags on the 18-foot tall remote-controlled sheer drapes. We put as much thought into his daughter's room using a French silk taffeta in pink, embroidered with sprigs of flowers. Throughout the process, I spoke with Mr. DeLorean many times, sometimes about very mundane matters, yet sometimes sharing many telling details – like how deeply he loved his children and the few regrets that he had about his life. I was in awe of his grace, composure, and style and will remember him as the gentleman that he was.

LOVE RIDE: Philanthropist, CEO, and chairman of John Paul Mitchell Systems, John Paul DeJoria, invites you to join him for the Peace Love Happiness Ride Thursday, April 17, with departure time at 11am at Austin Harley Davidson/Buell. The event, a benefit for Austin Children's Shelter (www.austinchildrenshelter.org) and the 100 Club of Central Texas (www.100clubcentex.com) will be presaged by a Paul Mitchell cut-a-thon, fashion show, and a showing of Easy Rider on Wednesday, April 16. Riders will enjoy a guided scenic tour of Austin and enjoy lunch and concert at Antone's. Register with either charity at their Web sites.