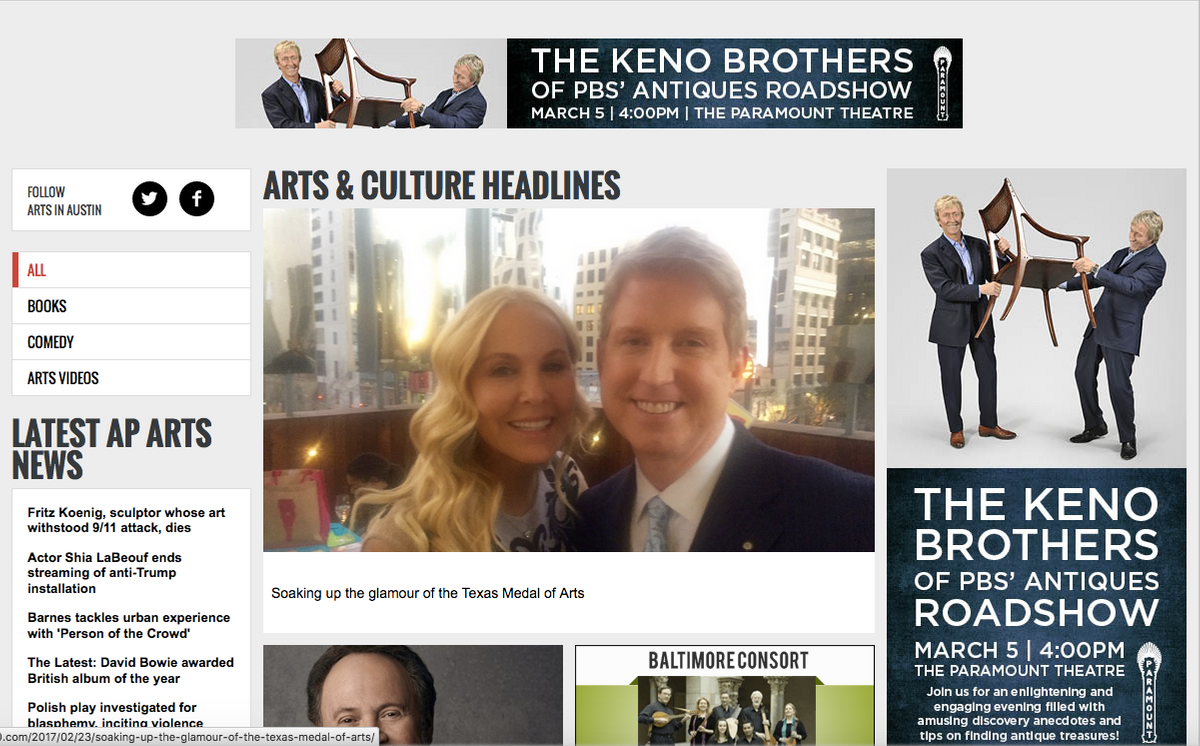 AUSTIN AMERICAN STATESMAN: SOAKING UP THE GLAMOUR OF THE TEXAS MEDAL OF ARTS

These days, I’m looking for the exit earlier and earlier at Austin affairs. Chalk it up to social supersaturation.

Not this night. Or nights, if you include the preview party, and I do.

The Texas Medal of the Arts started and ended with big doses of luminous glamour. Dance great Debbie Allen hosted. Singer Vikki Carr was among the celebrities who introduced the honorees on the Bass Concert Hall stage.

Although singer-songwriter Kenny Rogers — serenaded with his own songs by a scrum of fantastic musicians — took home the Lifetime Achievement Award from Texas Cultural Trust, let’s face it, all 13 awards were for lifetime achievement.

As might be expected, a half dozen of the awardees made fairly mild political statements. Pelley, especially, was cheered for explaining what it meant to be an “enemy of the people,” as the media has recently been branded.

Stray thought: The Trust, an advocacy group, cites $5.5 billion in annual Texas revenue for the arts, but doesn’t that number include software, gaming and a lot of other non-traditional creative activities? Not trying to make a case for more awards, but let’s be up front …

After the ceremony, we strolled into a giant tent bathed in pink light and lashed down to the Bass plaza. Once again: Glamour! I spent the rest of the evening chatting with Amy Updegrove, former publisher of Texas Monthly. We agreed that intimate dinner parties were the highest form of socializing, and then we shared our secret guest lists, along with some fantasy table mates.