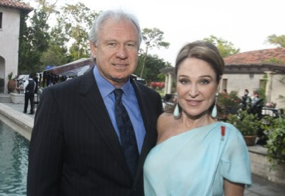 Diplomats, divas and dandies rally in praise of Becca Cason Thrash and her French Legion of Honor

Earning title to the French Legion of Honor is no small feat. So, fittingly, it was no small soirée on Wednesday night that celebrated that remarkable accomplishment by Becca Cason Thrash.

More than two dozen FOBs (Friends of Becca) — individuals and couples — joined forces to host the grand evening in her honor at one of River Oaks' most spectacular homes, in a garden setting that could have been straight from — where else? — the South of France. Like a scene from a Hollywood movie, the glamorous and the powerful poured in to pay tribute to the woman whom France honored last month for her international philanthropy, her unprecedented fundraising for the Louvre and her years of championing Franco-American relations. 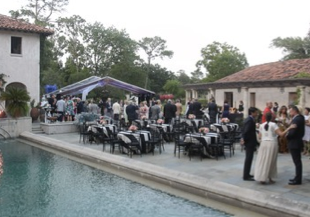 Spearheaded by Monsour Taghdisi and Andrew Echols, the lavish party extended from the pool terrace, to the summer house and on to the vast lawn where a party tent had been erected for later-in-the-evening disco dancing. Before the sun dipped behind the towering oaks, John Thrash led the tribute to his wife, during which a number of the evening's hosts sang La Becca's praises. 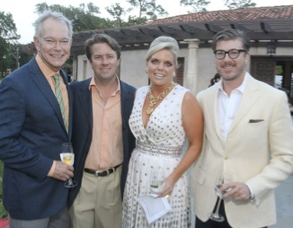 Ron Simon toasted her "unique ability to share the things she loves with the people she loves." Lonnie Schiller remarked on her "abundance of style and substance, not often found in one person." And as Richard Flowers saluted her: B is for beauty. E is for energy. C is for creativity. Another C is for charitable and A — amazing and awesome. 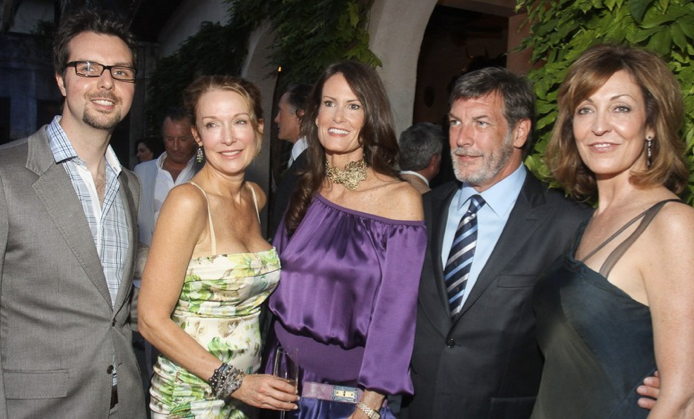 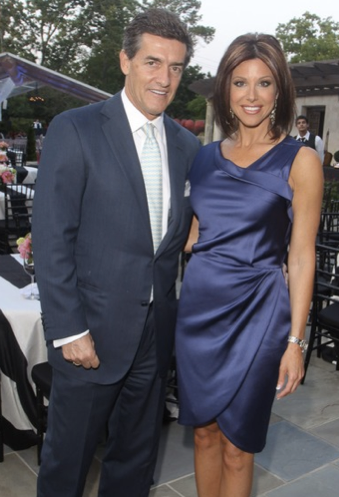 Guests then moved on to the buffet tables where the team from RDG + Bar Annie (thank you, hosts Mimi and Robert Del Grande, Candice and Lonnie Schiller) provided a sumptuous buffet. Sitting down for dinner was a heady group including Anita and Gerald Smith, Maria and Neil Bush, Suzanne and Ali Ebrahimi, Bobbie and Stanley Weinstein, Barbara and Michael Gamson, Joanne King Herring, Linda Gayle and former Gov. Mark White, Annie Amante, Dr. Mary Riley and so many more. Signing the guest book and recording best wishes were French American Chamber of Commerce Chairman Jean-Francois Bonnete and British Consul General Paul Lynch, who departs in July to become British ambassador to Hong Kong. 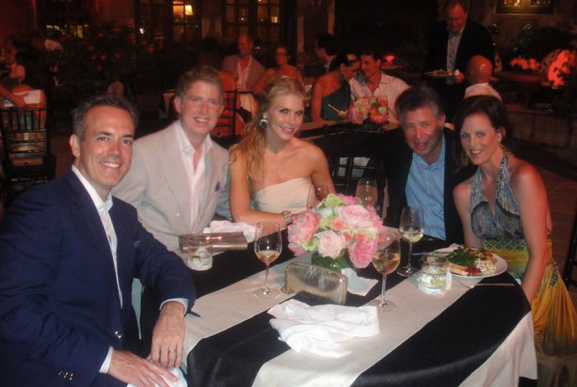 The Divi Strings performed. Bouquets of roses and peonies topped dinner tables. The bubbly flowed. The air-conditioning fans purred keeping everyone cool until the temps dropped and the evening breezes kicked in. The gardens were awash in flowers. In short, it was beyond beautiful.

In addition to the lavish floral plantings that had the sophisticated partygoers swooning, art aficionados such as Leigh and Reggie Smith and Christy Karll and Hal McWhorter were quick to notice the Chihuly sculpture and the Jim Dine hearts in the garden. Also loving the beautiful setting and praising the honoree were Austin guests Carla and Jack McDonald and Brilliant Magazine founder Lance Avery Morgan.