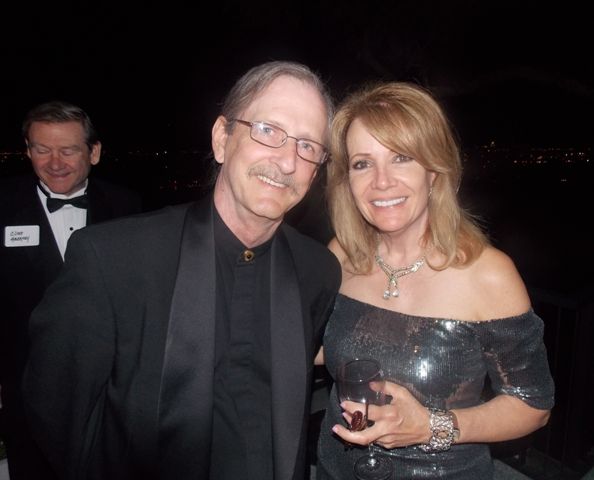 RECAP: Toast of the Town Salutes Robert Godwin and “Austin Faces of Philanthropy”

Some parties are just so great that they take more than one day to complete. Such was the case at the Toast of the Town event celebrating Austin’s favorite social photographer, Robert Godwin, and his new book “Austin Faces of Philanthropy 1976-2012.”

The initial setting was the bluffside home of Dr. John Hogg and David Garza in West Lake Hills, where stellar sunset views of downtown Austin almost outweighed the social star power in the room. In addition to Hogg and Garza, the evening was hosted by Charmaine and Gordon McGill, along with Marina Sifuentes and Tad Davis.

After brief comments from Godwin, the focus shifted to what the evening was all about – raising dollars for the Neal Kocurek Scholarship Fund, overseen by the St. David’s Foundation.

A recent scholarship recipient spoke to the crowd about how fundraisers such as this can make a huge difference in someone’s life. Although Toast of the Town is one of the toughest philanthropic tickets in town, it’s amazing to see how this series of events affords such a diverse experience and touches so many in our community

Never ones to be outdone in entertaining, three days later guests were invited to join their hosts for an afternoon happy hour and book signing. Held on the casual patio of a popular West Sixth mainstay, Godwin held court and relayed stories of his decades in Austin chronicling our ever-evolving social scene.

Among those celebrating Godwin and his book during the “Toast Two-Step” were Venus and Bill Strawn, Jennifer Carnes, Lance Avery Morgan and Rob Giardinelli, Joanie Bentzin, and Michelle Godwin.