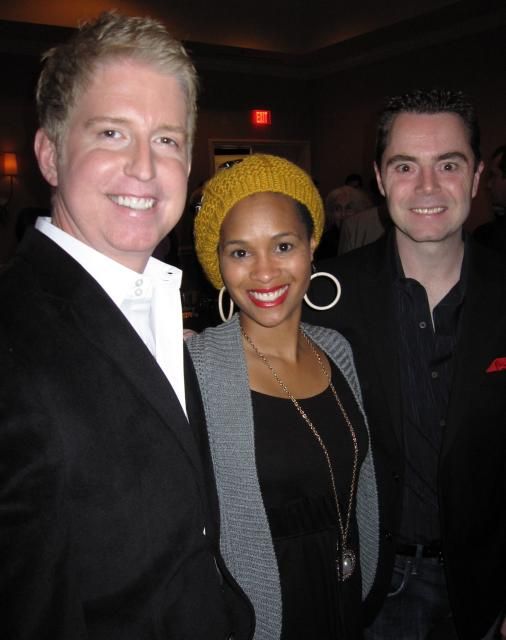 As if we needed any fresh evidence that Austin’s fashion scene is evolving rapidly, witness the weekend of celebrations wrapped around the opening of the Ron King Salon in the Four Seasons Residences. Lance Avery Morgan, Rhonda Lee and Rob Giardinelli In collaboration with his New York contacts, King pulled off event after event, culminating in a mobbed runway show that some reported was among Austin’s finest in years.

Carey Ayers, Cody Kinsfather and Kevin Haley I attended the pre-show reception only. But I caught a glimpse of the 500 or so guests who waited breathlessly outside the Four Seasons Hotel’s main banquet room. (A few others cooled Wednesday, December 15, 2010, 11:52 AM their heels in a confusing VIP lounge. Actually, not the only confused or confusing thing about the evening.)

Melia Millanti and Katrina Beaty Many in the crowd were models — or would-be models — or members of the fashion press. A few looked like they could afford haut couture.

Yet Austin’s fashion scene isn’t really about money. Yet. It’s more about creativity and openness to new experiences.Wednesday, December 15, 2010, 11:52 AM Aleksandra Vidacic and Jasenka Stegic And that’s why it’s the hottest slice of Austin’s social scene right now.