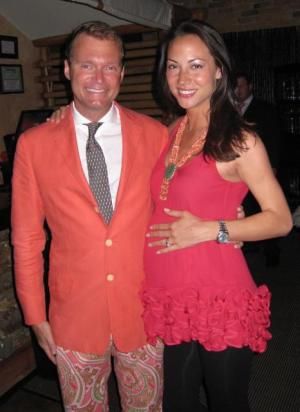 Even attending 18 events over a long, hot weekend, I missed a few giant social affairs, such as the Pachanga Festival (cool in the Waterloo Park shade?) and the Cattle Baron’s Ball for the American Cancer Society (we dawdled during a Pedernales River day trip).

Two publications threw lavish issue parties: Brilliant at Pangaea and Rare at the Monarch. The first included a birthday salute to publisher Lance Avery Morgan featuring a cavalcade of cupcakes. Cover lady Diana Ross was not in attendance, but the magazine landed a juicy interview with the superstar.

The Rare party shook the top of the Monarch’s garage. As the sun set behind the wing-topped apartment tower, guests streamed between the ready-to-rent lower floors and the parking structure. Alpha Rev, a band helping to redefine the New Austin sound, headlined, competing with jugglers, belly dancers, personal beautifiers and purveyors of food and drink.