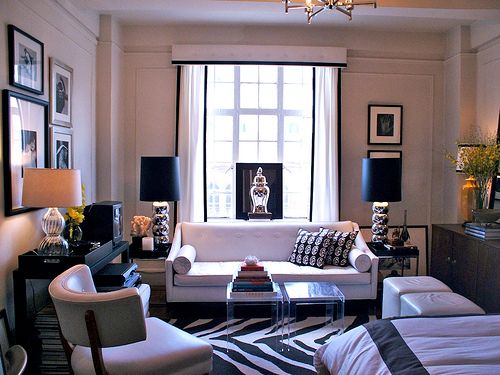 It’s all about personal style these days and getting by with a little help from one’s friends, right? Especially friends who decorate for a living. They can be real lifesavers. Diana Vreeland, the legendary editor ofVogue and one of the 20th century’s most important style mavens, asked celebrity decorator New York Billy Baldwin to design an apartment that would look like a garden in Hell. The result was not Hellish, but was in fact completely decorated from floor to ceiling in lacquer reds, with scarlet couches and her favorite Jungle Red mementos of a life well lived.

What makes exactly good design and a life well-lived anyway? Personal style, a touch of the touching… and the help of a design mentor? And lots of money, too. We threw about the question at a dinner party recently of what it’s like to survive that very rocky marriage between a client and her interior designer. Picasso said that ‘taste is the enemy of creativity’ and no one knows creativity better than Austin socialite Sherry Shelby Krause. Turns out she decided to spring for some fancy French silk in Paris to re-cover a special chair. When the chair was completed, the chair’s fabric had been upholstered wrong side out. Darn the luck. After a couple of glasses of vino, she decided maybe it looked better backwards after all. She confides that no one noticed the difference and the moral of the story is that no matter what you think about the French, their taste usually turns out to be flawless. 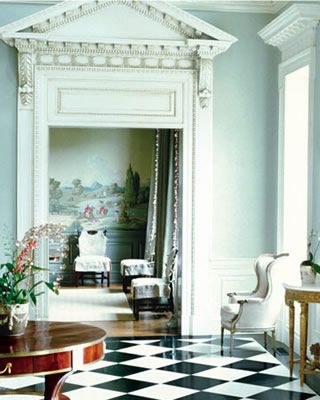 On the phone with… J.Randall Powers, We call him Houston’s Sultan of Style thanks to his clean, modern approach to interior design. He, of all people, understands the importance of getting things right. Flawlessly right. He told us he had a glamorous sofa crafted for a glamorous celebrity couple…Fortuny fabric at $435 a yard. Nothing to sneeze at, really. It, too, was mistakenly upholstered inside out. The saving grace? It perfectly matched the Kenneth Nolan painting on the wall above it. The real inside skinny? The next day the upholsterer called him to say he couldn’t find his staple gun and that he thought he upholstered it inside the sofa and could he please rip off the muslin on the bottom to look? Powers, always the quick thinker, bought him a new staple gun on the spot. The couple was thrilled and the Sultan was once again a design hero.

In the dressing room with…speaking of France…guess whose new Capitol City palazzo was painted the same shade of grey as Dior’s atelier in Paris? Yep. And with leopard carpet, to boot. She’s one of the brightest lights in this state. In her new home, this lady loves to be well-lit, too. Her globe-trotting shopping trips include amassing some substantial lighting fixtures. They include some almost-impossible-to-find late 60s and 70s designers like Paul Evans and Karl Springer to throw into the mix of the French 50s and Italian 60s lighting art pieces, along with 20s Murano sconces. They go well with her mid-century Hollywood designer William Haines pieces she bought at auction. So now, anyone can pull up his Elbow Chair, and a cocktail, to join a conversation pit. We predict this to be the party house of the 2007 social set.

Art for art’s sake…and what about perennial style empress Becca Cason Thrash in Houston? After years of not seeing her old surfing pal from her high school years of the late 1960s, Julian Schnabel, she and her hubby John Thrash reconnected with when the artist presented his first show in twenty years in Houston at the McClain Gallery. She was so taken with the image that was considered arguably the most important piece in the show because the finish was a resin very similar to the wax Schnabel used on his surf boards years ago while riding the waves with La Thrash. The piece now resides in the great room of the foyer of their home and John designed the walnut pedestal for the nine by nine foot heroic painting. Their showplace home, which has nothing to do with decoration, but has {everything} to do with architecture and art, is one of the best party houses west of the Mississippi, as you know.

Speaking of traveling and finding design influences past our own big cities, anyone who knows Alice Carrington Foultz knows that she’s about as outdoorsy as it gets. She’s an expert rider, marksman and she and her husband, Eric Foutlz love to host the south Texas tradition of the Charriada. That’s a Mexican-style rodeo to those of you not so outdoorsy. They just hosted one for the Benneton family in from Italy, as well as one to celebrate Fiesta last month. Alice in Wonderland, as we call her around here, garners design influence from everywhere she goes. They were just in Marfa and were captivated by the linear cactus fence that surrounds the pool at the newly refurbished Thunderbird Hotel. She’s also crazy about design in her own backyard. Literally. She commissioned Susan Dunis and Gill Aldridge to do the copper tiles around her pool. They oxidize, turn a gorgeous verdigris green, and dazzle anyone who takes a dip.

Speaking of taking a dip, take a dip into your own personal style this summer and make some magic in the world around you. Go ahead, buy that chandelier in that Paris flea market, commission a painting of yourself. In the nude. Or just buy those linens in Florence. That way we can talk about it poolside next month, kiddos.