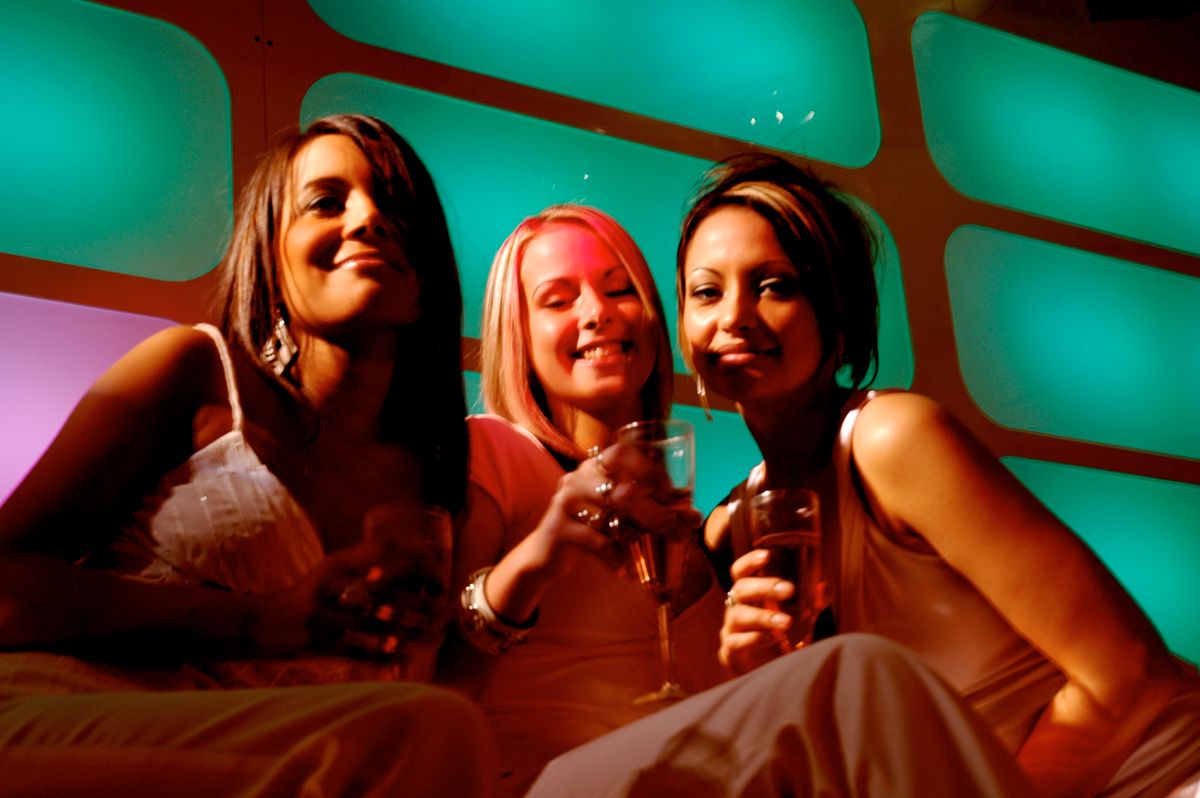 Everywhere we look, there seems to be The Eternal Twentysomething. The perpetual college co-ed… that fresh scrubbed, freshly-procedured ball of fire named The Texas Woman. But wait, that woman isn’t just turned out from college, she’s… a stunning soccer mom. That’s right, gang, she’s a Range Rover-driving, hard working, community volunteering, soccer mom. But she’s not your father’s Mrs. Robinson, that’s one thing for sure about this seasoned woman. She’s hot, a perfect size 4 (at most) and dresses like a runway model. And that’s just for breakfast.

Why? A lot of this clock-reversing has to do with her radiantly innate and youthful style. Pearls are great and classic. For grandmothers. This new breed of style maven takes more influence from Hillary Duff than June Cleaver. All you have to do is turn your head both ways in any Texas city these days and you’ll find women who are dressing decades younger than they���re actual age. Asking ourselves the newest pop culture question, is 38 really the new 25? Is everyone drinking cocktails containing something liquid from the Fountain of Youth? Well, yes and no.

What is it about the quest for eternal twentysomethingdom? Since back in Cleopatra’s day, women (and ok, men) have wanted to reclaim their youth and turn back the hands of time. In fact, our research tells us that dressing younger is a fashionable spending habit that cha-chings $172 billion-dollar-a-year nationwide. And the quest for the potions, notions and crèmes to look younger is a $160-billion-dollar industry worldwide. That’s a lot of tubs of Crème La Mer, kiddies. It’s an international conspiracy to maintain beauty, weight and yep, husbands.

Someone who is an expert at all three of those and looks perpetually twentywhatever is Houston’s Becca Cason Thrash. She has it all going on. She jetted to the couture collections in Paris, back to Texas for philanthropic commitments, then off to Fashion Week in New York. All looking as fresh as a yellow rose. She told us that tons of youthful couture moments were captured on this runway for fall dressing. She says that…. Dallas favorite Kimberly Schlegel Whitman told us that…

Another Houstonian, the ultra glam jewelry designer Nancy Chapman, wowed audiences at the Derek Lam show at Fashion Week. She was named one of our Brilliant Hotties last year, as you well recall. Her chunky chain link necklaces added some heaviness to Lam’s lithely spirited two piece separates coming down the runway. Rumor has it they’re talking about collaborating on handbags in the future, of course. Andre Leon Talley of Vogue said he thought Chapman’s pieces were “simply fabulous.” Which is the gospel to most fashion insiders.

On the phone with Gotham City…had a great chat with dear pal and star shooter Patrick McMullan in the middle of his photography work during New York’s fashion week. He’s just about the hardest working fellow in Manhattan, as you know, and is usually up to his neck immortalizing celebutantes, debutantes and all sorts of fashionistas for the fashion mags. No matter whom he shoots, they always look prettier when shot by the great PM.

Just what the doctor ordered… Seems like our favorite Houston socialites still like to have a good time, especially those forever-under-40 gals. Even if it’s a reminder that another year has passed, they just love surprise birthday parties. It appears that one of our favorite in-the-Loop blondes took a huge swig of tequila out of her innocent looking martini glass, then threw the glass to the ground after completing her massive shot. That’s so Russian drama. So Dr. Zhivago. We love it. The whole shebang was held at chic eatery Bistro Moderne in the Hotel Derek where the Space City gang danced into the wee hours of the morning, Mark D. Sullivan, our favorite Houston bon-vivant reports about our dearest friend and contributor, Carolyn Farb. Stay tuned for more Spring fun in the near future….