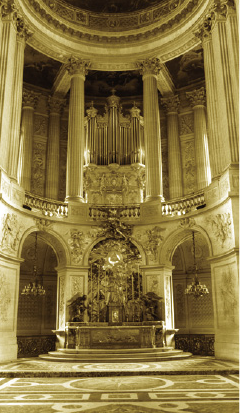 The generosity of Americans toward to French is legendary and that was seen recently as the American Friends of Versailles gathered culturally-minded philanthropists, art lovers and patrons from France and the United States recently in New York City for a whirlwind of fabulous benefit events surrounding their annual board of directors meeting. It always has a strong presence of Texans who lend their largesse to the organization.

It was quite a shindig. The round of parties included a champagne reception at the home of legendary financial titan, Julian Robertson, founder of the Tiger Fund. The guests enjoyed his hospitality and viewed his extraordinary art collection with its breathtaking view of Central Park.

Other benefit visits included a luncheon at the historical landmark andillustrious “21 Club”, founded in 1929, along with a cocktail 'dinatoire' at the home of the world-renowned interior designers, Juan Pablo and Pilar Molyneux, both AFV board members. The seven story townhouse with a rooftop swimming pool welcomed guests of honor Mr. Julian Robertson, Mr. and Mrs. Steven Rockefeller and Madame Caroline Sarkozy.

Also included was a lunch at Cafe Boulud owned by chef Daniel Boulud, and a farewell reception dinner at the home of AFV’s International Council members, Margaret and Gregory Hedberg (extraordinary fine art aficionado) - the Hedbergs have assembled a fantastic, eclectic and phenomenal art collection.

The goals of the American Friends of Versailles ARE many that include heightening the awareness of Versailles within the United States, to enhance the important French /American Friendship, to support the restoration and preservation of Versailles for future generations. AFV’s goals have been realized in the restoration and recreation of the Trois Fontaines Bosquet and the Pavillon Frais - two magnificent and historical gardens, which will be enjoyed by many for years to come.

In these challenging financial times, the American Friends of Versailles seeks not only to preserve Versailles, by supporting projects that would not be accomplished without private funding, but seriously to promote the French American Friendship as well as International Friendship. It comes together in the civic and cultural arenas exchanging a myriad of ideas. As we all know, Versailles is steeped in history and has extraordinary roots in the United States. In addition to its restoration projects, the American Friends of Versailles has donated to research projects and computer systems, restoration of the trees at Versailles, photo exhibitions in the USA and international cultural seminars.

The American Friends of Versailles believes beauty feeds the soul and inspires all people. Versailles has more visitors every year than almost any other museum in the world, 1.5 million Americans visit annually. By supporting Versailles, AFV has chosen to maintain a history of civilized cultures who believe that beauty, artistry and friendship have an absolute value and place in the world. Versailles is truly an opus, a masterpiece, and its gardens are unparalleled.

Mark your calendars because AFV will host ‘Voyage Spectaculaire’ a one-of-a-kind, benefit trip to the French Riviera, filled with rare privileges, from September 20 – 27, 2012 and stellar ‘Le Grand Bal de Versailles’ will be at the Palace on Saturday, June 15, 2013. See you there! For more information visit www.americanfriendsofversailles.org